Michelle is shocked by what Robert tells her about his past. Michelle hugs Robert as he fights back the tears. As Robert surveys the police tape surrounding the bistro, he laments to Leanne that he’s only been the sole owner for 24 hours. Leanne’s gutted to realise Nick’s sold his share and clearly has no intention of coming back. Robert calls Rich and tells him he’s prepared to do one deal for him.

Making out he’s got to work late, Aidan presents Eva with a voucher for a spa and suggests she takes the day off and treats one of her friends. Eva masks her anger. Eva calls in the salon and invites Maria to join her for a spa day. Maria accepts and confides in David that she plans to use the opportunity to tell Eva the truth about Aidan. As Aidan heads out of the factory, he’s horrified to see Eva and Maria setting off in the car together. David enjoys revealing Maria’s plans to tell Eva everything.
​

Billy and Todd arrive for Drew’s funeral. They’re hurt when the vicar explains that Drew’s parents want family only at the service. Despite the vicar’s warning, Billy and Todd enter the church, determined to pay their respects to Drew.
​

When the factory girls receive invitations to Johnny and Jenny’s wedding, Jenny’s furious, realising this is Johnny’s way of trying to win her back. In the factory, Matthew Singh approaches Jenny and telling her how sorry he was to hear about her splitting up from Johnny, invites her on a date. Jenny explains that it’s too soon, but not to be deterred, Matthew puts his number into her phone. Fiz orders Sinead to go home and parks herself at Chesney’s bedside, praying that he’ll make a full recovery. 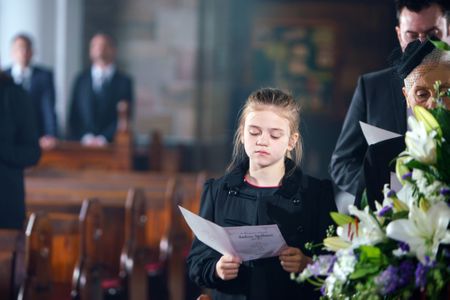