Nick starts to panic that David could know something after his questions about guilt and betrayal in light of the letter.

After seeing his brother talking to Tina, he presses her for details of the conversation and she adios she's worried about him as he found out Kylie cheated. Felling sick, he sets off in a van to pick up some furniture with David. Will he confront him?

Elsewhere, Rob and Tracy open the shop and she's keen for him to know she's his equal not his employee. Peter enjoys watching Rob squirm and suggests the pair should move in together.

Also, Izzy tries to persuade Owen to let Gary work part-time and Tina comes back to reality with a bump when she gets back from holiday and sees Jake is home.

Nick apologises to David, insisting what happened with Kylie was a one-off and meant nothing. David loses it, admitting to his plotting and revealing he's considered suicide.

Nick says it's time they went home and spoke to Leanne and Kylie. David is suddenly afraid he could lose Kylie and he unfastens Nick's seatbelt before grabbing the wheel. The van veers out of control and into the path of an oncoming lorry.

Elsewhere, after Rob fobs her off about moving in together, Tracy asks him if he's using her for her money.

Also, Norris punishes Craig after he admits he stole the paperboy and Tina's determined to move on from her turmoil over Jake. 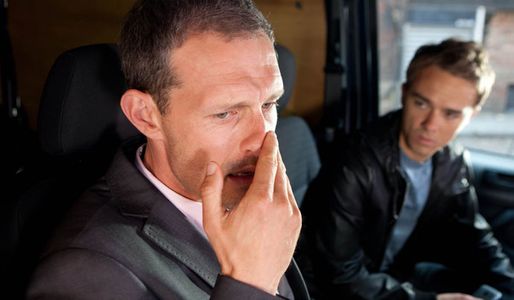