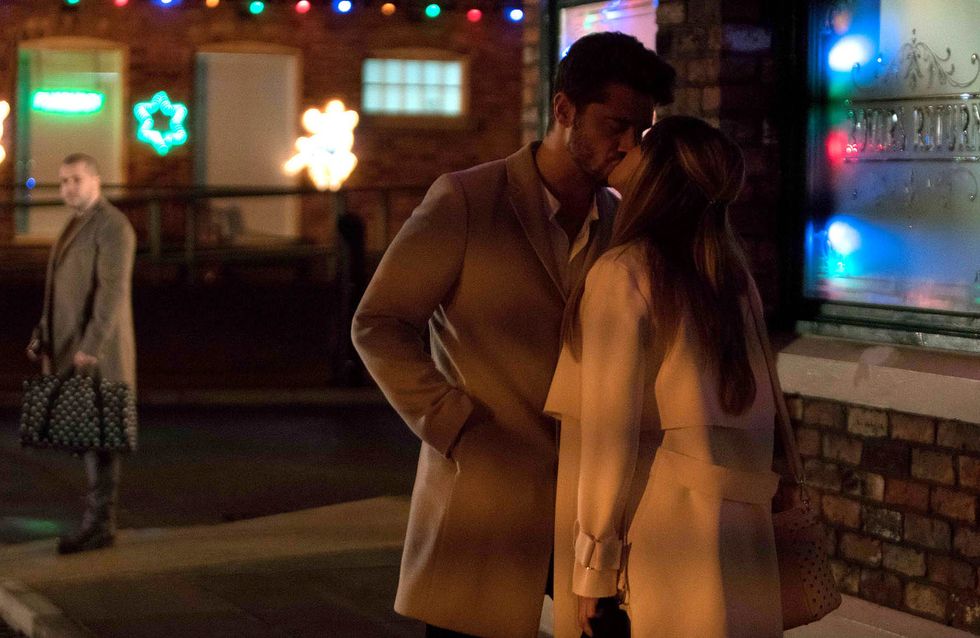 Aidan calls at Maria’s flat and when she admits that she can’t stop thinking about him, he kisses her passionately. Aidan invites her to spend the night with him at a hotel and she’s thrilled until Aidan makes it clear he’s no intention of finishing with Eva. Hurt, Maria orders him to leave. Later, as Maria sets off to court with Kirk and Eva in tow, she tears a strip off Kate, blaming her for the whole Caz debacle. This double blow leaves Maria feeling weak and having changed her mind about Aidan’s offer, she phones for a cab to take her to the hotel but will Aidan be pleased to see her?

Mary returns from the hospital and announces she’s been given the all clear. Dev, Erica and Norris are delighted for her but Mary remains strangely downbeat. When Mary leaves a ring binder on the table, curious Erica glances through it but what does she find?

When Adam casts admiring glances at Maria, Tracy warns him she’s a bunny boiler and he’d be best to steer clear. Meanwhile a stressed Daniel admits he’s behind with his rent and his landlord is kicking him out. Insisting they’ll help him move his things, Ken and Peter are shocked at the state of Daniel’s flat, what is Daniel hiding from the Barlows?

​​​Cathy’s concerned to notice Roy has a rash on his neck and wonders if it’s stress related. Roy does his best to play it down as a familiar face arrives at the cafe, much to Roy and Cathy’s dismay. In an attempt to build bridges, Rana invites Alya to meet her for a coffee after work. Alya’s touched but will Zeedan be just as willing to make amends?
​

As Maria arrives in the hotel bar, she’s put out to find Aidan drinking champagne with Eva. Quickly covering, Maria makes out she’s meeting a friend. Oblivious to their discomfort, Eva insists Maria joins them for a drink. With Eva out of earshot, Maria tears a strip off Aidan and after pointing out that he clearly doesn’t care about either of them, slaps him round the face and storms out. Is Eva about to discover Aidan has another woman in Maria? As Maria heads home in a filthy mood, Adam approaches and insists on taking her for a drink. His evening in tatters and his nerves shot Aidan returns to the street. Spotting him Maria leans in to kiss a delighted Adam, inviting him back to her flat. Will Aidan be able to contain his jealousy?

When Erica tries to question Mary about the contents of her ring binder, Mary becomes defensive and hurries out leaving Erica’s deeply concerned for her, what could she be hiding?

Peter quizzes Daniel, convinced he’s been lying about Denise. Although Daniel had already admitted that she left six years ago, he has been keeping up the pretence that he has been in contact with her but now he finally reveals that he’s never heard from her since. Peter’s perplexed, wondering why Daniel never reported Denise’s disappearance to the police but Daniel is defensive. Will Peter reveal what he now knows to Ken?

In the café, Nessa introduces herself to Brian and offering him a swig of her duty free booze, proceeds to flirt with him. Kate invites Alya for a drink where she has a proposition for her.​​​ 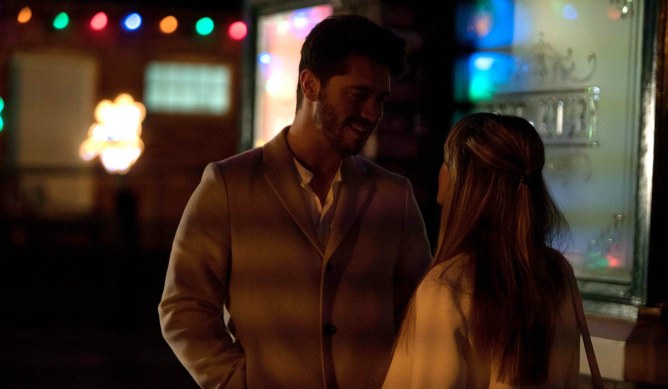