When Sean makes bitchy remarks at Todd over the breakfast table, Phelan orders him to stop wallowing in self pity, pointing out Eileen’s got enough on her plate. Phelan goads Sean and makes out Billy spent the night with Todd at No.11 but did a runner before breakfast to avoid him. Sean seethes while Phelan’s quietly pleased with himself.Later Sean returns home and is incensed to find Todd and Billy enjoying a brew on the sofa. He rail sat them, accusing them of carrying on under his roof. Turning to Eileen, Sean tells her she’ll have to choose who she wants to live with. Phelan’s secretly delighted to see his plan coming together.

Gary suggests to Anna that perhaps he and Izzy could try again forJake’s sake. Anna tells him he’s fooling himself and he needs to be honest with her.

Zeedan arrives for work to find Robert hungover and dishevelled, clearly having spent the night in the bistro. Hoping to get her on board, Nick tellsLeanne his plans for them to set up in direct competition with the bistro and poach Robert’s staff.Realising Nick simply wants to wage a hate campaign against Robert, Leanne tells him to forget it.Meanwhile Leanne admits to Eva that if she weren’t pregnant then she’d consider getting back with Nick.

When Phelan’s dodgy mate Vinny wonders if he’d like to invest in his latest scam involving a church conversion, Phelan’s only too keen and thinking of Jason’s money, offers him£80k. Scheming Phelan tells Eileen he’s found the perfect investment for Jason’s cash. However,when Eileen reveals she’s already invested £15k in an ISA and she’s not interested in investing the rest at the moment as her main concern is Jason’s health, Phelan’s quietly furious. Under pressure from Maria, Luke invites David for a game of darts. Explaining that Johnny and Kate are out for the evening, Aidan suggests to Eva they get a takeaway and have a romantic night in.

As emotional Sean pushes Eileen to choose between them, Phelan stokes the fire by pointing out blood is thicker than water. Eileen assures Sean she loves him like a son and persuades him to come home. Having returned to No.11, Eileen suggests toSean and Todd they put the past behind them and try to move on. However, when Phelan lets slip that Eileen knew about Todd and Billy’s relationship and chose to keep quiet, Sean is upset and leaves No.11. Eileen feels terrible while Todd clocks Phelan’s triumphant smile. Sean arrives in theRovers with his bags and tearfully explains to Steve how he’s been betrayed. Steve offers Sean the sofa for the night. Phelan and Todd see Eileen off on her trip to Thailand. Todd tells Phelan he’s got the measure of him and knows he levered Sean out on purpose. But will Phelan be fazed?

Gary confides in Anna that he’s determined to try and make a go of it with Izzy for Jake’s sake. Anna despairs while Faye’s thrilled to hear they’re back together.

Sarah calls in the gym looking for Bethany. Gary insists on showing her round and suggests she should join so she can spend more time with her daughter. David thrashes Luke andKirk at darts and does his best to enjoy himself but it’s clear he’s desperately lonely. Aidan and Eva cosy up for a night on the sofa but their evening is cut short by the return of Kate and Sophie.Grabbing a bottle of wine, Aidan suggests to Eva they head up to his bedroom, but his plans are thwarted when tearful Sean emerges from the Rovers back room and launches himself at Eva.​​​​​​​ 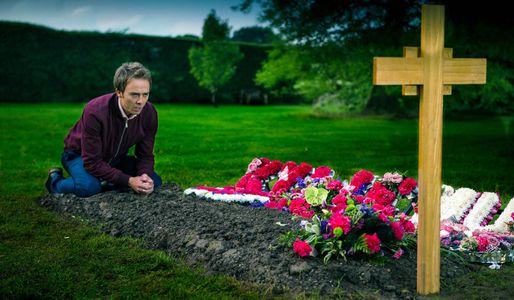