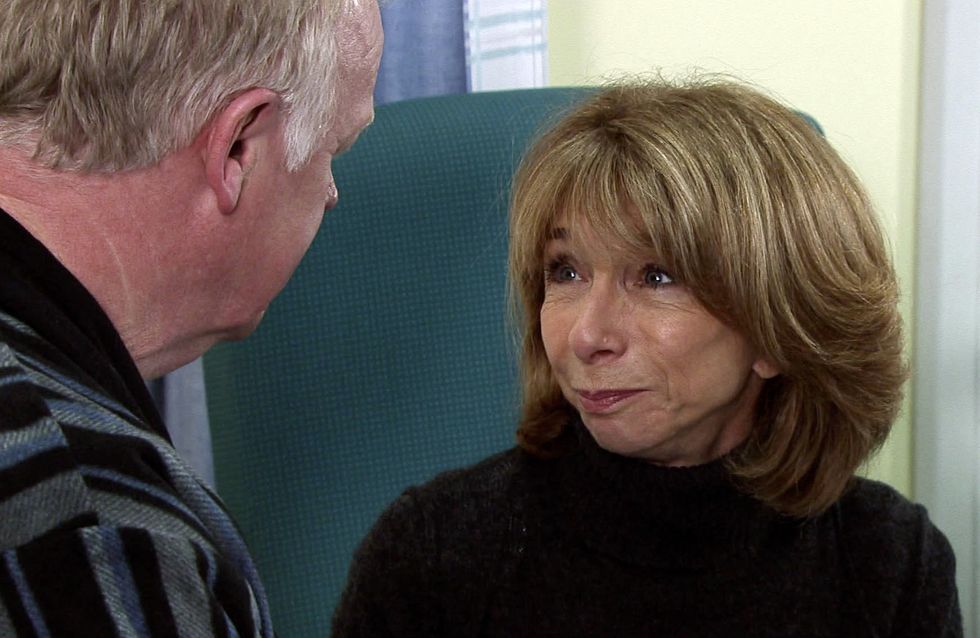 Callum gets a call from Macca warning him that the police are looking for him. Finding the door open, Callum lets himself into No.8. Shocked David demands he gets out but Callum gets him in an arm-lock and tells him he’s not going anywhere.

In an attempt to get Steve away from the telly, Liz hides the remote and suggests he does an hour behind the bar. Steve heads into the pub but as he goes to serve Eileen, he suddenly finds himself unable to cope and turns on his heel. Meanwhile Michelle and Liz row over Steve. Liz has a go at Michelle for seeing Hamish. Michelle claims she only went out with Hamish as he made her feel wanted. Overhearing their exchange how will Steve react?

Clutching Hayley’s ashes, Roy leads Tyrone and Chesney to the boating lake explaining it’s the place where he and Hayley had their first ever kiss. Can he let go?

A jittery Michael is led into the operating theatre as Gail waits nervously for news. Maddie continues to wreak revenge on Norris and steals the newspaper poster from outside the Kabin. Norris is bemused and confides in Mary that he’s worried about his memory as he keeps making silly mistakes. When Maddie finds out from Mary that Norris is worried about his own sanity, she feels terrible.Will Maddie admit she’s behind the pranks? Audrey spots Faye skiving in town.