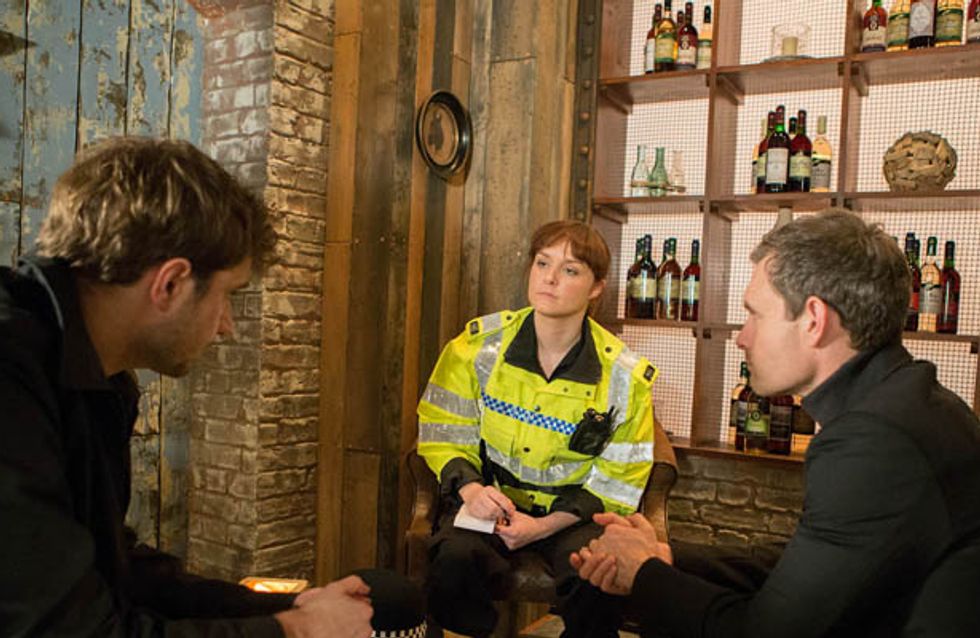 Steph and Andy wonder where they are going to find £5K to pay off Gavin. But when they tell Gavin they can’t raise his money, he coldly responds that he intends to give Michael the shock of his life. Andy’s panic-stricken at the thought of Gavin gate crashing Michael’s stag do and giving him a heart attack. When Nick hands him the Bistro takings for the bank, Step’s outraged as Andy suggests staging a mugging and giving Gavin the cash. Will Steph agree to go through with the phoney mugging, for the sake of Michael’s health?

As Gail’s hen party gets underway at the Rovers, Eileen continuously snipes at Gail, to Michelle’s irritation.

Anna and Owen argue over her hostility towards Linda and him favouring his own daughters over a troubled Faye. In an attempt to escape their kids’ problems, Owen and Anna agree to a night out. But over a drink conversation is strained.

Gail’s heart goes out to David as Callum collects an excited Max from No.8. Returning home from a fun trip to the fair, David seethes as Max kisses Callum goodnight. Erica turns up at the pub to surprise Liz.

Steph acts shocked when Andy enters the Bistro in a state and announces he’s been robbed of the takings. As Michael fusses round him, the police quiz Andy and assure Nick they will investigate. Andy urges guilt-ridden Steph to keep a cool head. They’re horrified when Gavin arrives to keep an eye on Michael’s stag do and arrange to meet him back at the flat. Gail and Michael look forward to their big day, determined nothing will go wrong! But how will Gavin react when the stolen takings amount to less than half the £5K he demanded?

As the hen night continues, an increasingly tipsy Eileen winds up Gail, as Liz and Michelle look on disapprovingly. Eileen gets drunk and maudlin about her single status. Todd offers to help her with online dating but seeing Eileen upset, Steve and Michelle assume Liz has sacked her and offer sympathetic murmurs. How will Eileen react to her friends’ betrayal?

Anna’s annoyed when Linda, Katy and Callum crash her date with Owen. Katy’s peeved as Anna’s frosty with Linda and when Gail overhears Callum smarming the Armstrongs, she gleefully reveals that he’s a drug-dealer. Katy’s defensive as Owen and Linda reel. Sick of her evening being hijacked, how will Anna respond?

Sharif and Roy are interviewed for the one remaining allotment plot. Nick’s delighted to see Erica, they can’t keep their hands off each other as they pick up where they left off. 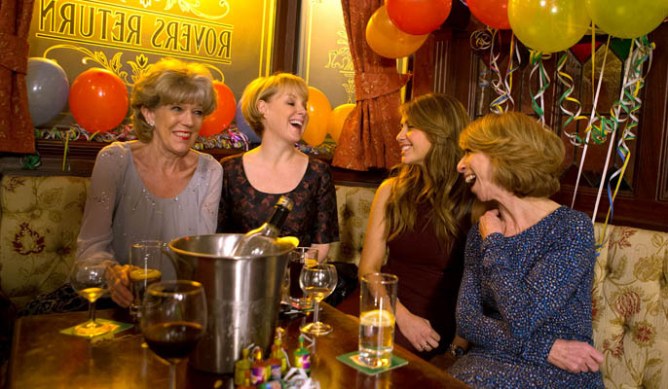