As David and Kylie make an effort to appear the perfect family unit, Callum watches on, both jealous and annoyed. While Kylie gets ready for her drug therapy session, Gemma feigns an emergency Gemma and lures Kylie round to Callum’s flat. As David frets, wondering where Kylie’s got to and worried she’s going to miss her therapy session, Audrey reckons she’s back on the drugs. Callum shows Kylie round his flat, pointing out the fabulous bedroom he’s had kitted out especially for Max. Callum puts pressure on Kylie, telling her that she, Max and Lily should move in with him and they could be a proper family. Will Kylie succumb?

When Simon opens his birthday presents, he’s disappointed that the trainers aren’t the ones he wanted. Leanne’s hurt and promises to change them. Meanwhile when Leanne threatens to tell Liz the truth about Dan, he advises her to keep her mouth shut or in turn he’ll tell Simon that she used to work as a prostitute.

In preparation for Deirdre’s return and her 60th birthday, Ken takes delivery of a new oven. But when Liz suggests a surprise birthday party in the Rovers will Ken go for it?

Roy arrives at Cathy’s bearing bin bags hoping to persuade her to start decluttering the house. Will Cathy thank Roy for his help?

Kylie tells Callum what she thinks of his proposition, does he still have a hold over her? Back at the Platts, Kylie tells David about Callum’s proposition. David’s scathing, his distrust in Kylie resurfacing. Deeply upset, Kylie packs her things and tells David if he can’t learn to trust her there’s no point in continuing with their charade. Will she head back into Callum’s arms or will David finally find it in his heart to forgive his wife and give their marriage another go? Meanwhile pushing thoughts of Kylie to one side, Callum spends the evening spoiling Sarah and tells her there’s no one he’d rather be with. Sarah’s thrilled, unaware that she’s second best.

Angry at finding herself blackmailed, Leanne has little choice but to agree to Dan’s request to keep quiet. Meanwhile Simon’s disappointed when Ken presents him with a computer game he’s already got, until Carla gives him the trainers he actually wanted. Simon then refuses to go for a birthday tea with Leanne, telling her that she’s a useless mum and he hates her, before heading into his room. Leanne’s shocked, frightened of what Simon is turning into.

Can Roy make Cathy accept that her hoarding is out of hand and she has a problem? Carla advises him to leave well alone but Roy is determined to help his friend.

Carla amuses herself in the café by online gambling. Excited at the prospect of Deirdre’s return, Ken writes her a birthday card. 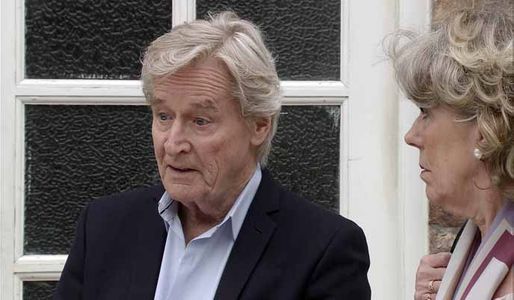