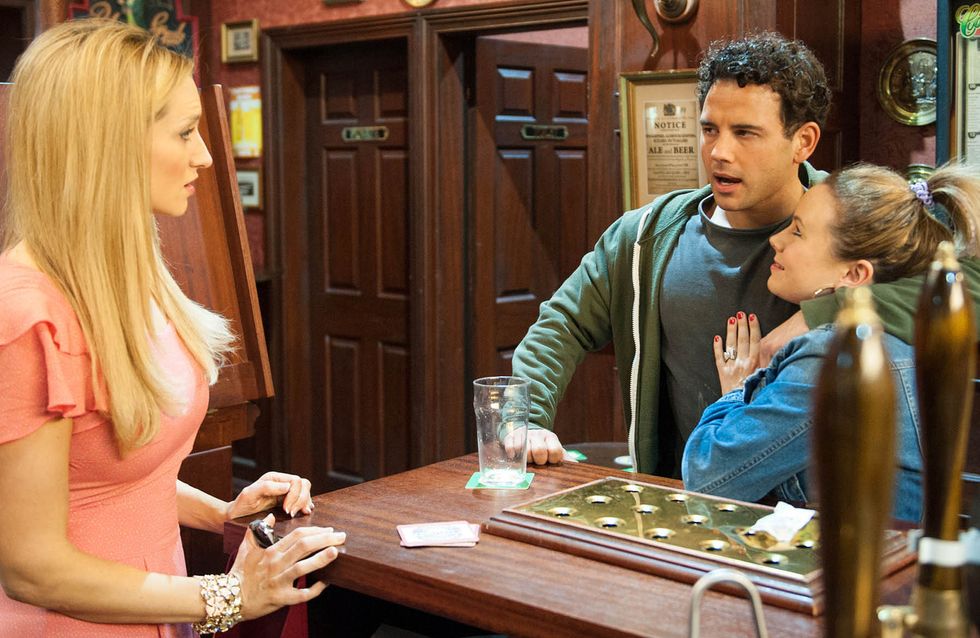 Todd and Jason pack up the last of Tony’s things in the flat. Phelan’s quick to suggest they sell it but Jason insists he wants nothing to do with stolen goods and it can go to charity. Jason sets off to the solicitor’s and with him out of the way, Phelan phones a mate and flogs him Tony’s gear for £3k. Todd secretly films the deal on his phone but Phelan catches sight of him. Triumphant, Todd returns home and shows Eileen and Billy the footage of Phelan selling the gear behind Jason’s back. Eileen’s gutted so how will clever Phelan wriggle out of this one?

On Amy’s advice, Steve leaves a note forMichelle telling her to treat herself to a new dress as he’s planning on cooking her a romantic meal. Carla takes Michelle shopping and orders her to forget about the stupid kiss and concentrate on her marriage.

Seeing Sarah looking stressed, Kylie wonders if she’s okay.Sarah snaps at her telling her she’s sick of the constant interrogation. Worried Sarah takes Harry to the medical centre where Rana assures her she’s got a lovely healthy baby and there’s nothing to worry about.

Having taken a call from the travel agent, Sean’s upset as Billy failed to pay his half ofthe deposit. Sean confronts Billy over the cancelled holiday. Billy’s apologetic but explains that he can’t go away as there’s a parishioner who needs his help. Hurt and angry, Sean storms off telling Billy he’d rather be on his own. When Sophie drops off some van keys with Kate, Caz watches jealously from across the street. Fed up of being given the cold shoulder, Rana barges her way into the bistro kitchen, marches up to Zeedan and boldly kisses him.​​

With Amy’s help, Steve puts the finishing touches to his romantic dinner table. Amy finds Michelle in the Rovers back yard and telling her how much Steve loves her, leads her inside for her romantic dinner. Over dinner, Michelle admits to Steve how much she missed him while he was in Spain and how hurt she was that he seemed to have no interest in coming home. Steve assures her she’s everything to him and they kiss. Discussions are had about Liz planning to go to Spain as she can’t deal with the bad atmosphere in the run up to Tony’s funeral and the way Jason has been with her.

​Phelan arrives home to be confronted by Eileen with the damning video footage. Feigning surprise, Phelan makes out that he found all the receipts for the gear and realising it was all legit, sold it on Jason’s behalf. Eileen watches open-mouthed as Phelan hands over £2k in cash. Masking his growing suspicion, Todd apologises to Phelan for jumping to the wrong conclusion. Jason’s stunned to discover how much Tony has left him. Phelan’s interest is piqued and Todd notices. He confides in Billy that he reckons Phelan is after Jason’s money. After one drink too many, Jason makes an awkward pass at Eva. When Eva turns him down Jason focuses his attention on Gemma instead. Gemma’s thrilled and readily follows him home.

Jittery Sarah tells Kylie she reckons Harry can sense his dead father’s presence in the house and she needs to move away. Kylie does her best to calm her down.

Rana assures Zeedan she only flirted with other men to make him jealous. Flattered, Zeedan softens towards her. Caz corners Sophie in the pub and implores her not to take Kate from her. Sophie’s taken aback. 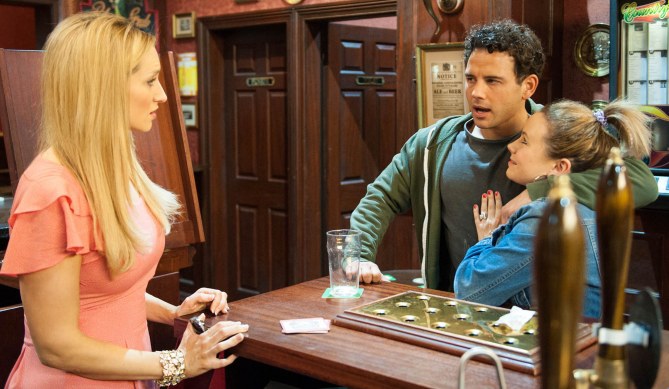