After being persuaded by Rob to get Peter out of her life Carla tells Peter she intends to move out of his flat and buy back his half of the business. Peter signs over his 50% of Underworld but refuses to take any money, explaining that he still loves her and hasn’t given up on her. Carla then heads to the Rovers and when Luke eyes her up she invites him back to her place.

Nick rebrands the bistro calling it Just Nick’s and tells Leanne she won’t see a penny from the business. Leanne’s furious and Kal makes a grab for Nick. Leanne pulls Kal back. Meanwhile Leanne tries to convince Yasmeen that she is not the woman she was and is good for her son.

Gail forces David to explain to Steve how he and Nick threatened Michael and warned him to stay away which is why Michael failed to turn up for work. Steve reluctantly agrees to give Michael a second chance.
​
Elsewhere Maria and Marcus go behind Todd’s back to let Marcus spend time with Liam.

A drunken Carla regails Luke with tales of her broken marriage and moves in for a kiss - but chivalrous Luke realises she is tipsy and makes his excuses and leaves but not before Peter has seen him go. Is Carla really over Peter?

Izzy talks to Katy about relationship problems but assures her that she and Gary are fine - is she telling the truth? When Gary tells her he has a new job she does her best to be pleased for him but have this couple reached the end of the line?

With Nick still making life difficult for Kal and Leanne, and Kal’s family not being supportive will this fledgling relationship survive?
​
Elsewhere, Nick and David despair over Gail’s obsession with helping Michael. Todd makes Marcus feel guilty over visiting Liam by reminding him that he lost a son. 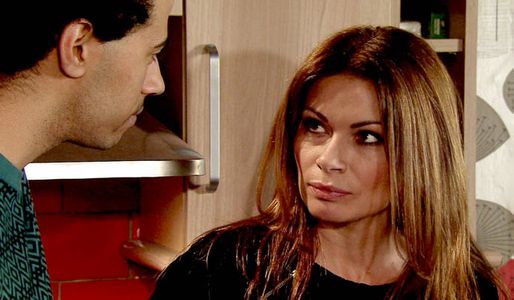