When Maria turns up for work, all her clients have cancelled now word has gone round she’s suspected of murder. Maria’s gutted and her day only gets worse when she wrongly accuses Tyrone and Michelle of bitching about her. Michelle tries to explain but Maria lashes out, shoving Michelle’s stomach on the bar. Eva takes a tearful Maria home whilst Robert rushes to Michelle’s aid. Eva suggests Maria should come clean about her sham marriage before it makes her look even worse but will Maria listen? Meanwhile someone lurks in Maria’s flat…

An upset Anna admits to Gary that she’s finished with Kevin as she doesn’t want him to be saddled with her injuries. Gary feels for her. Angry, Kevin tells David he’ll never forgive him for Anna’s injuries and he’d better watch his back - what could Kevin’s threats mean to David?

After a sleepless night, Yasmeen confides in Zeedan that she wrongly thought she had a loving husband and an honourable granddaughter. Zeedan’s outraged to see Sonia still hanging around and wants Sharif to send her packing. But he’s stymied when Dev reveals Sharif hasn’t turned in for work. Zeedan finds a tearful Yasmeen clutching a letter from Sharif, announcing that he’s left for good.

Whilst Cathy muses over Sharif’s shocking betrayal of Yasmeen and thanks her lucky stars she’s marrying such an honest man, Roy masks his discomfort.

Maria confesses to her sham marriage but insists she’s telling the truth about Caz. Explaining there will be an investigation, the police let Maria go. At home Maria enters her flat with trepidation, her nerves shot. Beth, Kirk and Peanut call at Maria’s to put Maria’s mind at rest and Kirk checks round the flat, assuring her there’s nothing to worry about. But alone is Maria in danger?

David threatens to visit Anna in hospital so Gail offers to go instead, worried her son might come clean about his crash. She takes Michael with her and whilst Gail heads off to fetch cups of tea, Michael shares his suspicions about Phelan with Anna, but will she listen? Elsewhere, Gary confides in Alya he’s met someone special but someone overhears and threatens to put a spanner in the works…

Yasmeen’s floored by Sharif’s cowardly desertion. His heart aching for his gran, Zeedan vows to take care of her and warns Dev not to hassle Yasmeen for the money he’s owed. Blaming Sonia for the collapse of his family, Zeedan takes pleasure in informing Sonia that Sharif has left her and orders her out of town. Later Rana comforts an emotionally drained Zeedan but she’s shocked when he declares that Alya is dead to him from now on.

Realising she’s going deaf, Eileen’s extremely worried whilst Phelan finds it amusing. Meanwhile Michelle arrives back from the doctors and after thanking Robert for his kindness, assures Steve she and the baby are both fine. ​​​​​​​ 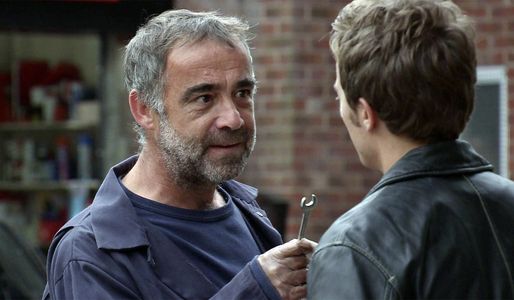