Peter suggests they keep Denise’s disappearance a secret from Ken as it would only distress him but puts pressure on Daniel to report it to the police. With Peter’s support, Daniel reports Denise as missing. Meanwhile, Leanne, Nick and Simon ready to leave for Simon’s counselling session but there’s no sign of Peter. Later, an irate Leanne catches up with Peter and demands to know why he failed to show up. Peter apologises while a jealous Nick watches their exchange intently, his mind whirling.

As Maria sees Adam out of her flat, Aidan seethes, realising she spent the night with him. Friends encourage Maria to go out with Adam again and offer to babysit but Aidan has a plan to scupper Maria’s evening with her new love interest… how will Maria react?

Nessa’s startled to find Roy sitting on her bed, while Cathy’s concerned to realise he’s been sleepwalking. Elsewhere Yasmeen urges Cathy to confront Nessa over Alex’s parentage but Cathy refuses to rock the boat worried it could cause Roy even more stress. But reality hits Roy as his anxieties begin to spiral out of control…

Erica confides in Norris how worried she is about Mary. Finding Mary in the flower shop, Norris comforts that he only wants to help but he’s left speechless when Mary reveals a huge bombshell.​​​ 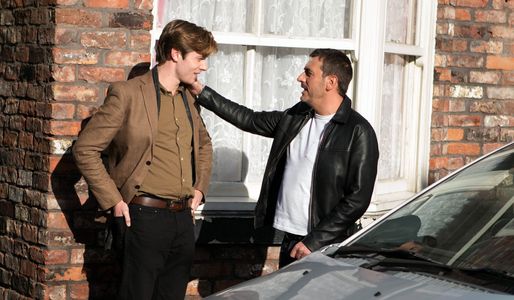