Coronation Street 08/04 - Faye confronts the father of her child

Owen returns home contrite after a night in the cells. Has he been charged with assault? Greg and Josie Hodge arrive with Jackson as Faye hides away in the bedroom, unable to face them. Anna drops the bombshell that Faye has had a baby and claims the father is Jackson. Jackson denies that he’s ever been near Faye and his parents immediately leap to his defence. Faye emerges from the bedroom upset and calls him a liar. As a row ensues will the truth come out? Meanwhile Tim tells Sally how much he loves his new granddaughter and how he intends to do everything he can for her. Anna resolves to help Faye bring up the baby as best they can. However when Owen suggests that they could put the baby up for adoption, how will Anna react?

With Steve at the doctors Liz insists Tony helps out behind the bar. Tony’s fed up of Liz treating him like a general dogsbody. When Liz then surprises him with a lovely meal Tony’s further put out as it soon becomes clear she’s buttering him up as she wants him to finance Steve and Michelle’s wedding. Tony feels he’s being taken for a mug.

When Todd and Sean question Eileen about her date, Eileen’s coy. Todd reckons she should play the field a bit more.

Alya shows Carla some of her new designs. Carla’s impressed whilst Sally’s put out and quietly jealous. 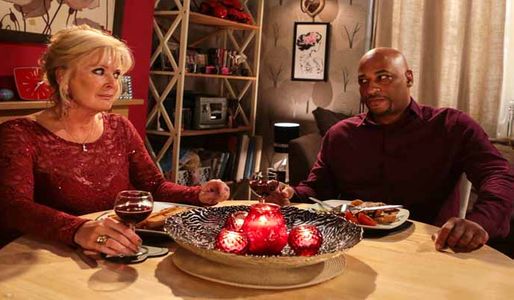