Karl panics and wonders how much the police know when they come calling about Craig's disappearance. He tries to remain clam and play down his links to Craig, but inside he's a wreck.

Meanwhile, Dev and Jason are trying to understand Craig's note, speculating about the connection between him and Karl.

Elsewhere, the factory girls give Hayley a boost when they visit her in hospital. But Roy's struggling to deal with the recent news.

Also, David and Kylie try their best to make a fuss of Max on his birthday but he quickly becomes moody again when they start talking about Lily's christening.

Karl sees that Craig is ringing him and steps out to take the call, finding out where he is. He sets out and finds Craig living rough. Craig tells him he's going to hand himself into the police - can Karl convince him to keep quiet?

Meanwhile, Beth is beside herself with worry.

Elsewhere, Hayley is determined to stay upbeat and insists she'll be around for Carla's wedding. She tells Roy there are so many things she wants to do in life - so she wants to compile a bucket list.

Also, Kylie and Max are delighted when David suggests he adopts Max. But he's soon overwhelmed with guilt and goes to visit Nick in hospital. 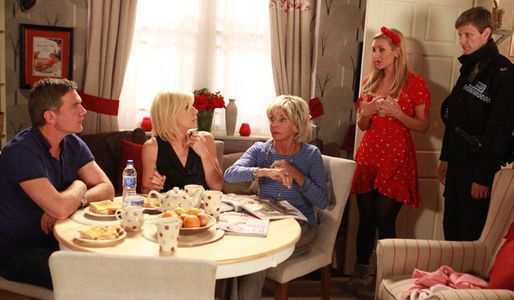