As Ken drones on about Peter’s trial it’s clear Deirdre is feeling the strain. Rob invites Carla round for dinner but as they sit down to eat Peter calls the house and asks to speak to Carla. When Carla hangs up on him Tracy is furious and as the row escalates Deirdre loses the plot. Ken suggests maybe it is time she spent some time away with her friend Bev as she is clearly struggling to cope with everything. Will Deirdre agree?

As Kylie goes to give Max his pill she discovers that David is keeping the cupboard locked. Furious that he still doesn’t trust her she storms off to the Rovers and comes home steaming drunk, where she begs his forgiveness. Will David give Kylie the assurances she needs?

Alya tells Gary their kiss was a mistake, they are from different cultures, he’s got a partner and a child and her family would never condone their relationship. Begging him to accept it can go no further she leaves.

Liz tries to put Tony out of her mind and Steve is worried about a mole on his arm. 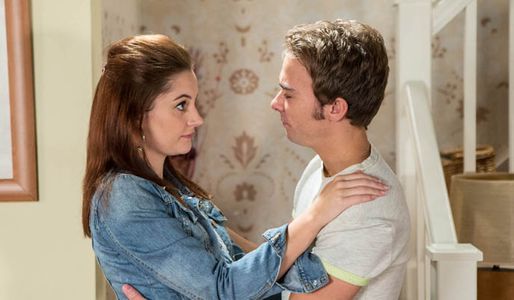