Hayley is determined to see Jane at the hospice, even though she is still weak herself. Roy tries to argue with her, but eventually gives up and goes to the hospice too. On arriving Hayley is devastated to find out that Jane has passed away.

Grace wants to pull a prank on Mary by messing with her motorhome, and Faye joins in. But when Grace proposes breaking one of the windows, will Faye go along with it?

​As Todd pretends to mend his ways to get back into Eileen’s good books, he pressures Gloria into giving him a job at the Bistro. But how will Nick react when he finds Todd behind the bar?

​Elsewhere Steve isn’t as much help to Amy’s project as he thought he would be.

Hayley blames Roy for robbing her chance to say goodbye to Jane. Roy is left speechless as Hayley’s emotions all come pouring out at once. She later apologises, but will Roy finally confront the issue and speak to Hayley about her plans to end her own life?

Faye and Grace throw stones at Mary’s house when spotted by Norris. As Grace manages to get away, Faye runs straight into Owen who frog marches her home. Will Anna believe Mary or fall for Faye’s wide-eyed innocent act?

Nick orders Todd out of the Bistro despite Todd pleading his case. Realising that he can manipulate Julie though, he manages to score a quick £20.
​
Elsewhere Steve enrols at a night school. 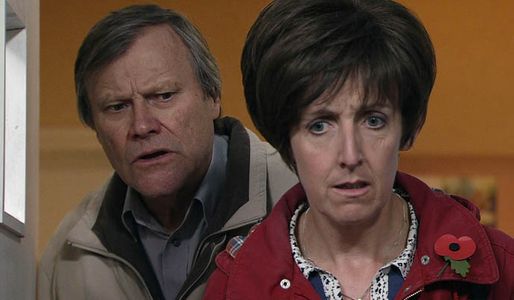