Kylie and Nick are annoyed to find Audrey has been letting David stay with her. Nick threatens David: either he leaves the street, or he’ll tell everyone David tried to kill him. Gail gives Kylie the cash David asked to give her, which infuriates Kylie – who corners him in the salon. She tells him she doesn’t want his money and to stay away, whilst David tells her he is contemplating suicide and begs her for a second chance. Kylie is adamant she wants nothing to do with him, leaving David heartbroken. But how resolved is Kylie?

Izzy wonders if Julie is okay. Julie explains that although she’s disappointed, she won’t let it ruin her life. Izzy tells her not to give up, giving Julie hope. Brian despairs when Julie continues talking about fostering since he still hasn’t told her about his job, turning to Marcus for help. Marcus asks him what is more important: his job or Julie?

Gary promises Dev he has a friend, Kal, who can help with his failing new fitness regime. Kal appears at the Rovers, and he and Dev get along well so Dev agrees to hire him.

Elsewhere, Dennis and Gloria enjoy reminiscing about the past, whilst Rita isn’t happy. Todd tells Brian that he would never go out with Sean, leaving Sean heartbroken when Brian tells him. 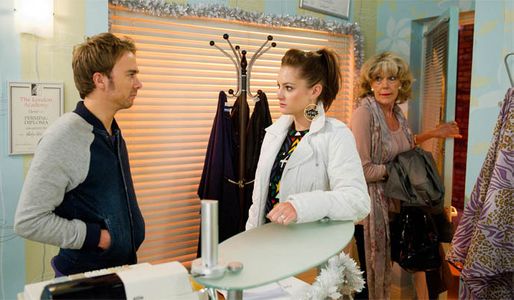