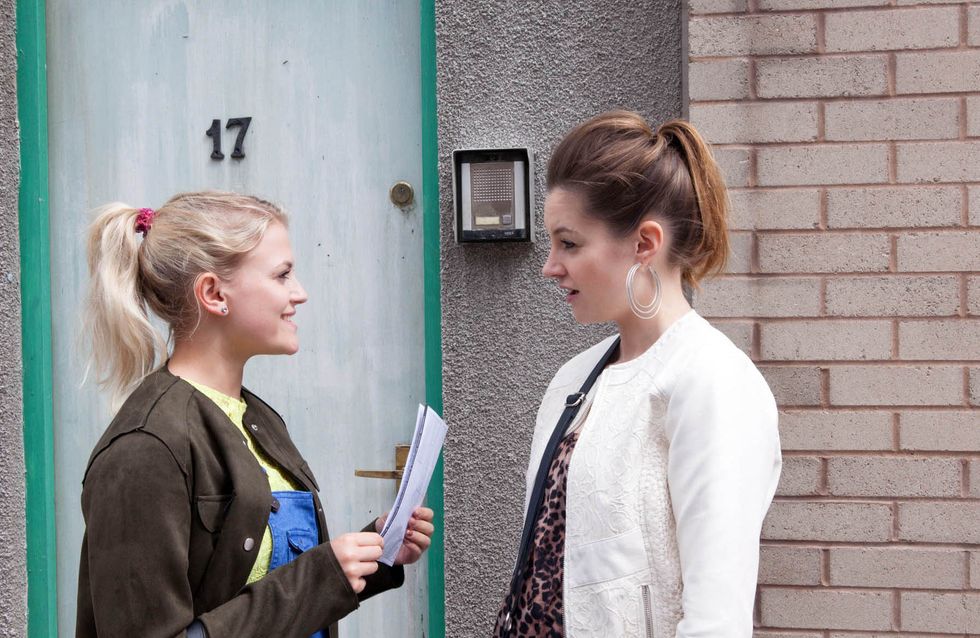 In the flower shop, Todd admits to Tracy he confessed his true feelings to Billy. Tracy urges him to go for it but Todd’s adamant there’s too much at stake. Billy calls at No.11 to find Sean excitedly packing for their trip to London. Making out he’s got some last minute parish business, Billy tells Sean they’ll have to catch a later train. Sean does his best to mask his disappointment. Billy calls in the flower shop determined to talk to Todd about his feelings. Making out he was drunk, Todd insists Billy’s got the wrong end of the stick. Billy’s crushed and Todd feels terrible. As Sean and Billy set off for London, Eileen waves them off. But spotting Todd outside the flower shop, Billy can no longer contain his feelings and orders the driver to stop. Sean’s perplexed.

Clearly subdued as it’s the anniversary of Deirdre’s death, Ken suggest she takes Amy to visit her grave and Tracy should go separately to avoid any arguments. Despondent Tracy’s grateful when Robert agrees to accompany her to the cemetery. Having returned from the cemetery, Ken and Rita reminisce about Deirdre, laughing fondly at their shared memories. Amy overhears and gets upset. As Robert sets off to meet Tracy at the cemetery, he finds Amy in tears onMaxine’s bench. He offers her a sympathetic ear. Realising Robert’s stood her up, Tracy enters the cemetery alone.

Leanne agrees to take Simon for a burger followed by the cinema as a birthday treat. Nick finds Leanne struggling to let herself into her flat. When Leanne explains she’s suffering from back pain, Nick insists on helping her up the stairs. When Leanne admits her new job is pretty awful, Nick’s sympathetic and offers to take Simon to the cinema while she rests her back. Leanne gratefully accepts.

Explaining that his mum’s had a fall and he’s got to go to Wolverhampton, Chesney heads off leaving Gemma in the charge of the kebab shop. An excited Bethany shows Kylie her gym application form.

Having returned home, Sean rails at Billy demanding to know what’s going on. Billy assures him there’s nobody else but Sean’s disbelieving and throws him out. Clearly upset and angry, Sean calls in the cab office and tells Eileen how Billy’s dumped him. Eileen confronts Billy, furious with him for his treatment of Sean but her rant is interrupted by Tracy who, grabbing Billy by the arm, drags him to the flower shop. Pointing out that they’re now both single, Tracy orders Todd and Billy to sort out their relationship. While Billy gathers the last of his things from No.11, Todd leans in for a kiss. Billy tries to resist but his feelings get the better of him and they kiss passionately.

Robert sympathises with Amy but points out Tracy too must be suffering terribly as Deirdre meant the world to her. Amy’s conflicted. Tracy sits at Deirdre’s graveside and cries as she talks to her. Suddenly Robert arrives with Amy in tow. Tracy’s thrilled andAmy tentatively hugs her mum. Later, as Tracy sits alone at No.1, she’s interrupted by the arrival ofKen and Amy. Amy explains that she’s prepared to move back on certain conditions. Tracy’s thrilled to have her daughter home.

Nick returns with Simon. Leanne’s thrilled to see Simon looking so happy again and thanking Nick profusely, insists he must stay for a drink. After a glass of wine, Nick massages Leanne’s bad back for her and the spark between them is evident. With Nick gone, Leanne tells Simon it’s good to see him smiling again. Simon mischievously suggests she should get back with Nick as he’s always been the one for her. Leanne’s amused.

As a flustered Gemma sorts out a delivery at the kebab shop, Macca and his mate descend, demanding free kebabs and threatening to give her a hard time. When Chesney arrives back from Wolverhampton, Macca and his mate slink out. Gemma’s relieved to see the back of them. Having forged Sarah’s signature on her gym application and having persuaded Gary to give her a knockdown rate, Bethany’s delighted. But the good mood is broken as Callum’s old mates emerge from the kebab shop.​​​​​​​ 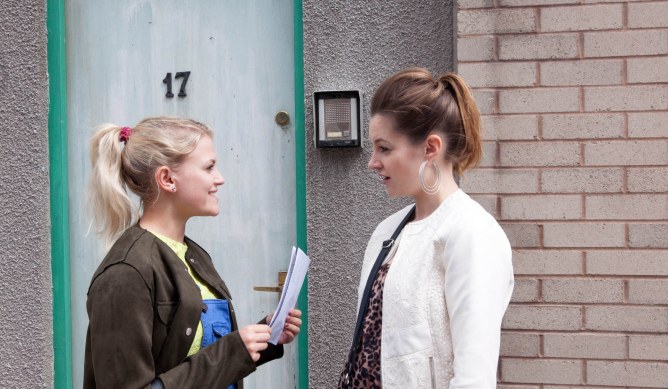