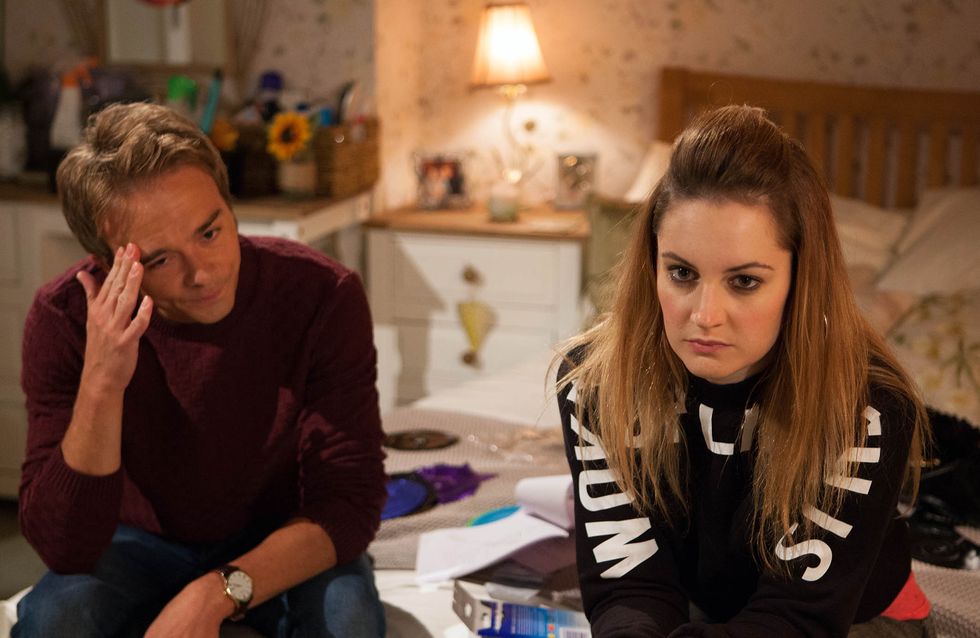 As Gail excitedly makes plans for her party to show off her new annexe, Kylie tells David she can’t bring herself to attend as they’ll literally be dancing on Callum’s grave. David implores her to get a grip. But convinced she can smell Callum’s rotting corpse, Kylie sniffs the annexe carpet. David tells her she’s imagining things, pointing out that if they hadn’t buried Callum’s body, she’d now be serving a prison sentence. Having caught the tail end of the conversation, Gail’s shocked!

Tracy arrives home to find Nessa and Ken getting cosy. She flies into a rage and accuses Ken of showing no respect for Deirdre. Ken’s upset to realise Emily and Rita disapprove of his relationship with Nessa too. Will it cause Ken to reconsider his fledgling relationship?

Liz calls at the builder’s yard with lunch for Tony and thanks him for a lovely evening. Tony begs her to give him another chance but Liz is non-committal. However when Tony finds Liz in the Rovers’ back room he turns on the charm. As they kiss passionately a shocked Amy catches a glimpse. Meanwhile Michelle tells Liz that seeing Tony around the pub has sent Steve into a tailspin and he’s gone off to visit Andy.

Erica starts work in the corner shop. When Mary’s frosty towards her, will Erica be able to disarm her? When Hope asks if Santa could make her well again, Tyrone tells Fiz his plans to turn the street into Lapland to give Hope a Christmas to remember.

In a desperate attempt to put Gail off the scent, David tells her that Kylie’s back on the drugs. Kylie stares at him in disbelief, will Gail buy it? Gail hosts her party in the annexe. Emily and Sally compliment Gail on her colour scheme whilst Tim knocks back the beer. Nick tells David he’s heard about Kylie’s drug problem and he’ll do anything he can to help. David hugs Kylie and assures her that given time, the memory of Callum will fade and their marriage will get back to normal.

When Tony calls in the corner shop looking for wine to impress Liz, Erica gives him a piece of her mind and tells him to stay away from her friend. As Amy makes veiled digs at Liz about Tony, will anyone pick up on what she knows? Meanwhile consumed with guilt over the impact Tony’s presence has had on Steve, will Liz put a halt to her reunion with Tony?

Robert encourages Ken to follow his heart and stop worrying what other people think. But when Tracy returns home to find Ken entertaining Nessa again, she’s furious and makes it clear Nessa’s not welcome. Will Ken lay down the law to Tracy?

When Tyrone unveils his plans to transform the street into Lapland, Luke and Michael offer to help. Eileen warns Erica she needs to watch Dev as he clearly fancies her. 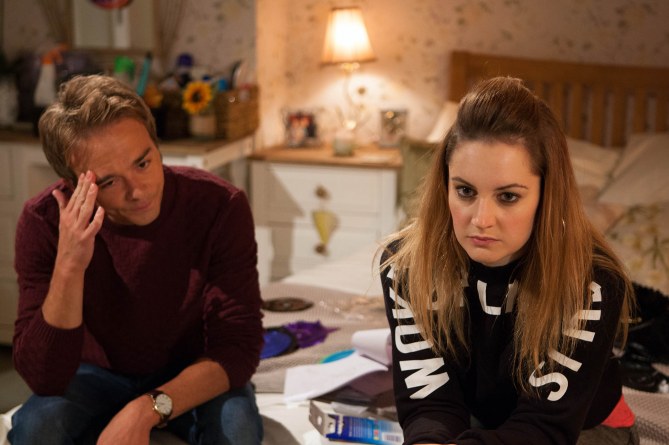