Roy’s terrified when the doctor prescribes more morphine for Hayley. Knowing she’s planning to die, Roy goes to buy her more of her favourite strawberries. When he realises they’ve sold out, how will he react?

Peter’s obviously flustered when he overhears the factory girls talking about Tina’s abrupt decision to leave. Desperate for news, Peter asks Liz in the Rovers, but Carla spots their conversation. Will she wonder what’s going on?

Eva encourages Jason to give his father Tony a chance. He agrees to meet Tony, forgetting that Eileen is throwing Todd’s birthday on the same night at the same venue.

Roy tries to nab strawberries that are past their sell by date and is tackled to the ground. Will Hayley see the funny side of his ordeal?

Carla demands to know why Peter and Liz were arguing. Peter comes out with some rubbish which Carla believes. Carla wonders if Tina left because of Rob, and decides to confront him.

​Elsewhere, Steve tells Michelle he doesn’t want a vasectomy and Audrey wishes Maria and Marcus well when they reveal they are buying a house. 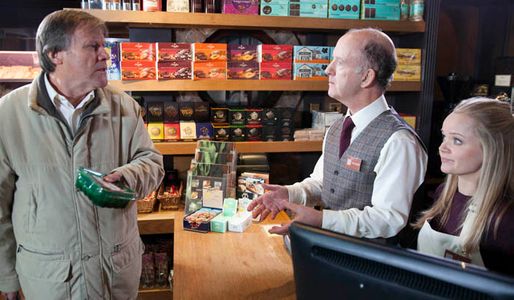 Coronation Street 29/10 - The pressure proves too much for Alya