Toyah’s upbeat as she tells Peter she’s going to book them into the IVF clinic and start the ball rolling. Meanwhile Tracy’s shocked when an estate agent arrives at Preston’s Petals explaining he’s been instructed by the owner to put the premises on the market. As Tracy rails at Peter for pulling the rug from under her, Peter reveals his plans for the money to a shocked Tracy and Ken.

Having spent the night on the floor of the flower shop Adan panics when he spots Ronan loitering outside No.1. When Ronan then orders a bouquet and insists that Tracy must deliver it he’s worried sick. What is Ronan’s game?

Bethany apologises to Nathan for his mum interfering. Nathan makes out he’s nervous of her disapproval because of their age gap. At home Bethany lays into Sarah for not trusting her judgement. Sarah reveals she’s worried as she once got involved with a weirdo in an internet chat room.

Leanne confides in Toyah that she’s promised Steve he can have access to Oli but she’s dreading breaking the news to Nick.

Chloe’s supportive as Peter explains his disappointment at his family’s lack of faith in him. Meanwhile Toyah confides in Ken that perhaps she was too hasty to judge Peter and reckons he’s really turned a corner. When Peter phones her from Chloe’s she apologises for doubting him and assures him she loves him. Pleased, Peter heads home. How will Chloe react to finding herself ditched?

Having followed Tracy to Ronan’s house Adam is ushered inside, while Ronan shuts the door on a bemused Tracy. As Ronan demands to know where his money is, Adam’s forced to reveal that it was burnt. Will Adam find himself on the receiving end of Ronan’s fury?

Sarah explains to Bethany how she had a lucky escape from the internet weirdo which is why she’d like to meet Nathan to put her mind at rest. When Bethany relays this to Nathan will he agree to a meeting with Sarah? As Sinead celebrates her birthday, Daniel stares at a letter from Oxford University offering him a place on their MA course. What does his future hold? ​​​​​​ 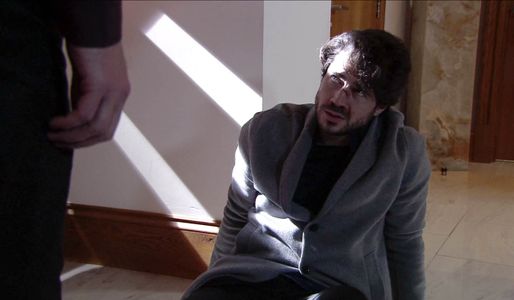