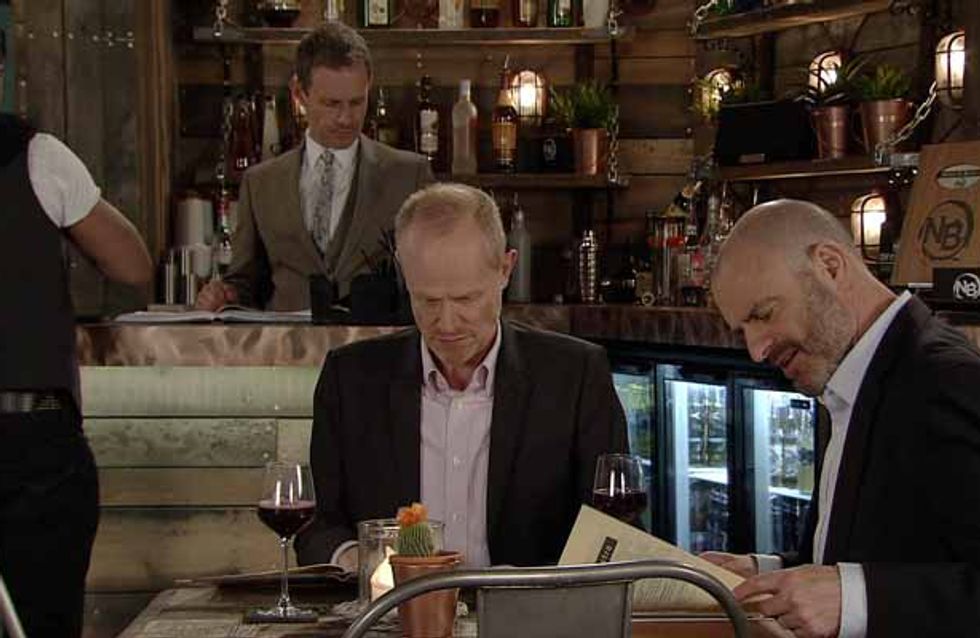 A nervous Kylie arrives back on the street. When David finds Kylie on the doorstep, his relief soon turns to anger. Spewing apologies, Kylie explains how her addiction landed her in the gutter but she’s totally clean now. Kylie begs him to let her see Max and Lily. It’s an emotional reunion with Lily and a wary Max. However Kylie’s dumbfounded when Callum arrives to collect Max, shocked that he has access. David spits that she’s only got herself to blame, leaving him at the mercy of the courts with no rights. Kylie vows to fight Callum for Max now that she’s sorted herself out. Will David agree to join forces or is there no way back for Kylie?

When she hears how Tony’s grovelling to Liz by sending flowers, Tracy gleefully reveals how Tony paid two thugs to put the frighteners on her. Still reeling from yet another blow, Liz meets Erica for lunch at the Bistro and is flattered by the attentions of two brewery employees. Nick’s jealous as Erica flirts with Paddy, while Liz and Dan get on famously. Sean’s surprised to see Liz back at the Rovers with a new man.

With the Websters preoccupied, Jenny offers to mind Jack for the day.

Julie tells Mary that she’s expecting Dev to propose as he’s invited her out for a meal tonight. Mary’s aghast when Dev admits he’s not planning marriage, but instead intends to confess that he met someone else in India! Leanne informs Simon she’s arranged a holiday for them visiting Eva in France. 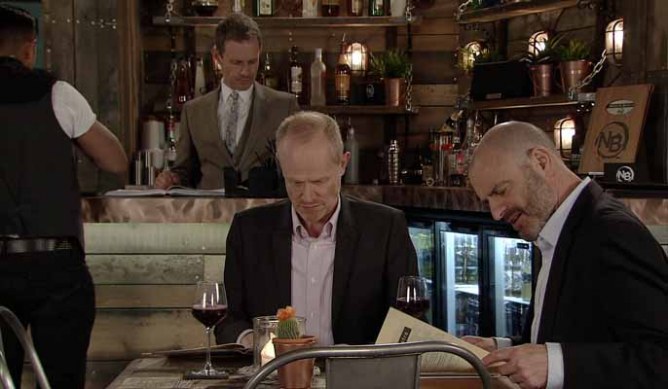