Ryan tells Katy he's meeting the club promoter he was texting at a bar later, but she's suspicious. She heads to the bar to find Ryan flirting with another woman, so she makes a point of introducing herself as his girlfriend. Back on the Street, Katy accuses Ryan of being a love rat, while Sinead tests Chesney's feelings for her when she asks to stay the night…

Elsewhere, though Nick and Leanne have made peace, but tempers soon fray once again when the Gazette arrives with a complete report on the raid at the Bistro.

Also, Paul's been dealing with hoax callers from kids, but it gets worse for him when one of the children's parents lodges a formal complaint against him. He's facing charges of aggressive behaviour. 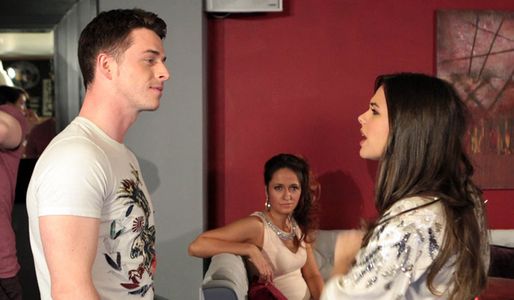