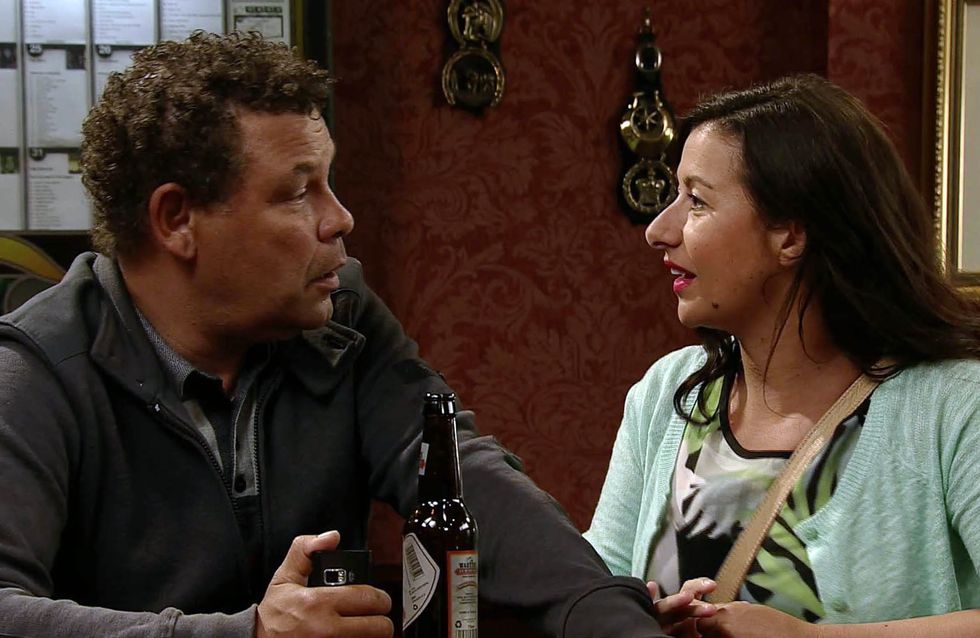 Overcome with guilt about the fire, Tracy gives a bemused Sophie £200 towards Maddie’s memorial. Seeing how upset Tracy is, Ken tells her to take the afternoon off and a grateful Tracy slopes off to the Bistro. But when Robert surprises her with a new dish he’s created, Tracy explodes and storms out, closely followed by Robert.

Simon’s grumpy and rows with Leanne. Trying to assert her authority, Leanne bans Simon from football practice and in a rage Simon kicks her hard before locking himself in his room. Later, Leanne is furious to discover Simon has defied her by turning up to football and going out with his mates regardless. Zeedan’s curiosity is piqued when he spots the bruise on Leanne’s leg...

Lloyd proudly shows off to Andrea how much a couple of his Northern Soul records have fetched online when Andrea receives a call from her daughter, Jess. Lloyd’s unsympathetic when Andrea explains to him that Jess has run into some debt and needs her mum to bail her out. Knowing she has to help her daughter, Andrea rings Jess back and tells her she’ll have her money in a couple of hours...but where does she plan on finding the cash?

Sophie grows suspicious of Sally and Kevin. Maria hatches a plan when Luke tells her he wants to take her on holiday but can’t afford to go.

Tracy starts to tell Robert that she’s done some terrible things but he puts Tracy’s fragile state down to Deirdre’s death. When Tracy then catches a customer flirting with Robert she storms out again, but Ken advises her to grab love when she can. On a mission, Tracy marches into the Bistro and Robert is stunned when she tells him she wants to be with him - but is it too little love too late?

When Zeedan questions Leanne about the bruise on her leg, she lies and tells him that she walked into the dishwasher door. When Simon returns home, he apologises to Leanne and tells her sometimes he can’t control his anger. Leanne tries to hide her concern as she gives Simon a hug.

Suspicious Sophie takes Sally to the Rovers and demands to know what’s wrong with her but Sally brushes it off, telling her that she’s just stressed out with the wedding. But when Sally gives Mary short shrift over her hen do ideas, Sophie continues to probe her mum. Will she break Sally, or can she keep her counsel?

Andrea tells Jess she’s transferred the money, but when Lloyd later tells her he wants to help and will sell some of his records, why does Andrea feel so guilty? Elsewhere Luke is suspicious of Maria when she tells him she’s popping into town. 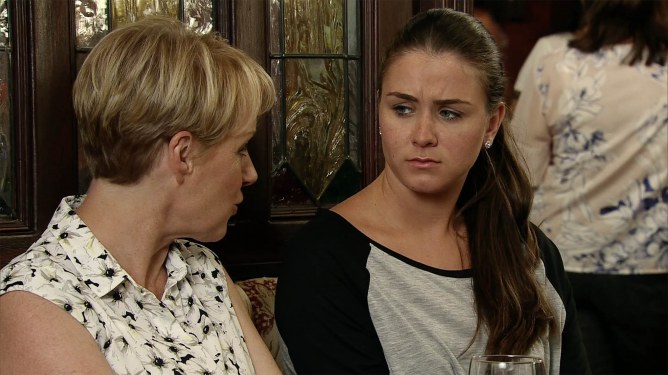