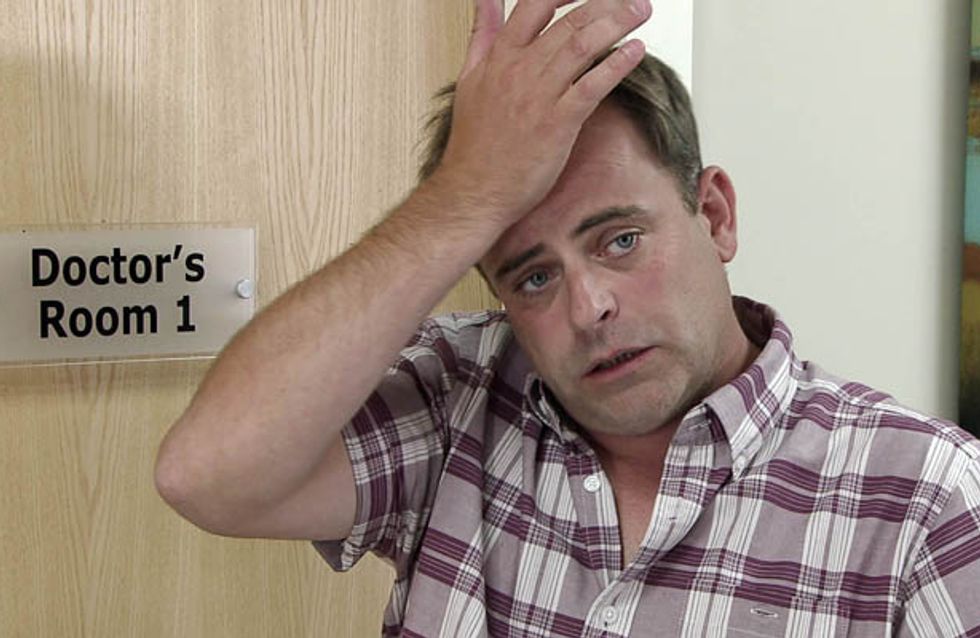 Worried about a mole on his arm Steve has made an appointment with the doctor. But after examining the mole and telling him it is fine the doctor becomes concerned that there is something else troubling Steve. Will Steve open up?

When Kylie suggests a spur of the moment trip to the seaside she is thwarted by David who points out he has to go to work. Kylie is disappointed and unaware that David has persuaded Audrey to give him the afternoon off she heads over to The Dog and Gun and spends the day playing pool with Gemma and Callum. She asks Callum if he can get her anything to give her a lift! Will he oblige?

Under pressure from Ken and Tracy, Rob finds himself railroaded into agreeing to attend Peter’s trial out of support for the family.

As Kirk and Beth struggle with all the extra hours they are working to pay for the wedding, Sinead comes up with a plan that won’t mean them working themselves into the ground.

Steve admits to the doctor that he is not himself and feels his life is pointless. The doctor reckons he might be suffering from depression but Steve tries to make light of it and makes his escape. Once home he skirts around it and just tells Liz that the mole is nothing to worry about - she can’t help noticing he still seems very down.

Callum enjoys taunting Kylie, reminding her of her past before giving her the wrap of speed she so desperately wants. David meanwhile tells Audrey he is worried about Kylie and didn’t buy her story about going to do a friend’s nails. When Kylie gets back Audrey tears a strip off her and tells her she needs to grow up. How will Kylie react to Audrey’s ticking off and David’s concerns?

Sinead costs by having a shabby chic wedding and the couple finally admit they can’t afford the extravagant wedding Beth had set her heart on but will Sinead be able to save the day?

Elsewhere Peter phones Carla from a borrowed mobile and tells her he still loves her leaving her shaken. 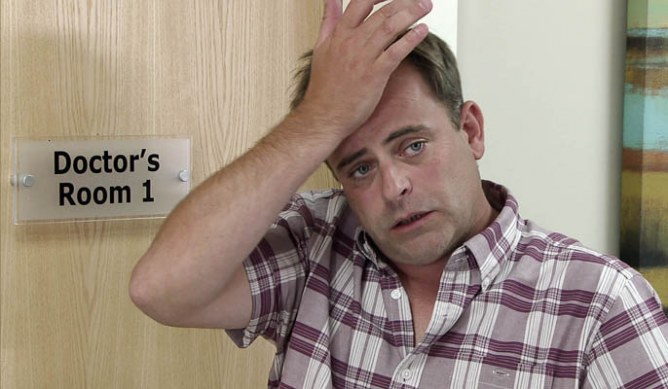