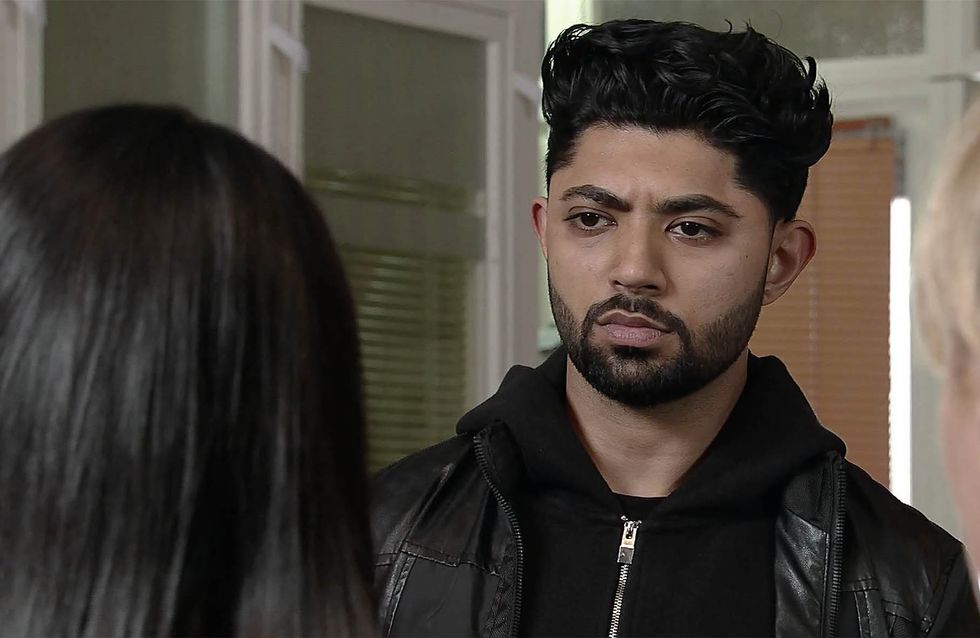 After presenting Dev and Zeedan with a warrant addressed to Sharif, the bailiffs start removing the gym equipment. In a bid to try and stop them, Zeedan heads to Underworld. Zeedan barges his way into the factory and demands that Alya hand over the embroidery machine hoping he can use it as collateral to stave off the bailiffs. When Alya refuses, how will Zeedan react?

When Peter tells Toyah of Eva’s threat to reveal all to Leanne, Toyah insists he must drop his claim against the factory as they’d never forgive themselves if Leanne lost her baby over the stress. With heavy heart, Peter agrees. Peter approaches Aidan and tells him he’s dropping his claim, much to Aidan’s delight. But how will Adam take the news about Peter’s sudden U-turn?

Hungover and embarrassed, Sinead apologises to Daniel for her behaviour in the kebab shop but will Chesney be as forgiving? Meanwhile Andy nervously loiters on an industrial estate awaiting delivery of Kevin’s new pick up truck. He’s about to bottle out when Phelan calls him and makes it clear that if he fails in his mission, Steph will be made to suffer. What will Andy do?​​​ 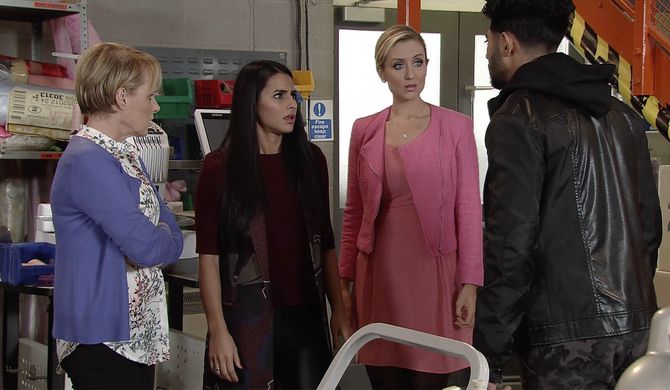