Phelan tells Anna to meet at his hotel to get Owen and Gary off the hook. She heads to Phelan’s room, but will she really go through with it to save her family?

Andrea gives Steve another chance and together, they begin on their history project. Andrea ends up napping and when Steve wakes her she blearily hugs him, thinking he’s Lloyd and of course Michelle and Lloyd enter at that moment.

Sophie’s hurt when Maddie’s tells her to go back home because she doesn’t have a clue about living on the streets.
​
Elsewhere, Tyrone gets a call to say Kirsty’s been released from prison, and Jenna covers her reservations when Lloyd tells her he’s taking Andrea away for a romantic weekend.

Anna goes through with sleeping with Phelan and leaves the hotel room, disgusted with herself. What will the repercussions be?

Michelle and Lloyd remain suspicious of Andrea and Steve despite their explanations as they both deny it, but are they just making things worse?

Emily talks about Ernest and how you should hang onto the one you love, and Tina takes the advice to heart. She vows to win Peter back, texting him to tell him she loves him. How will Peter react?
​
Elsewhere, Tyrone breaks the news to Fiz that Kirsty is on the streets again, and Maddie and Sophie spend the night sleeping rough. 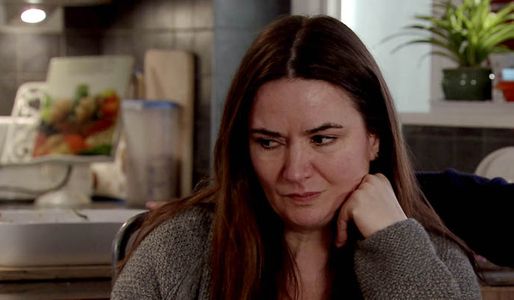