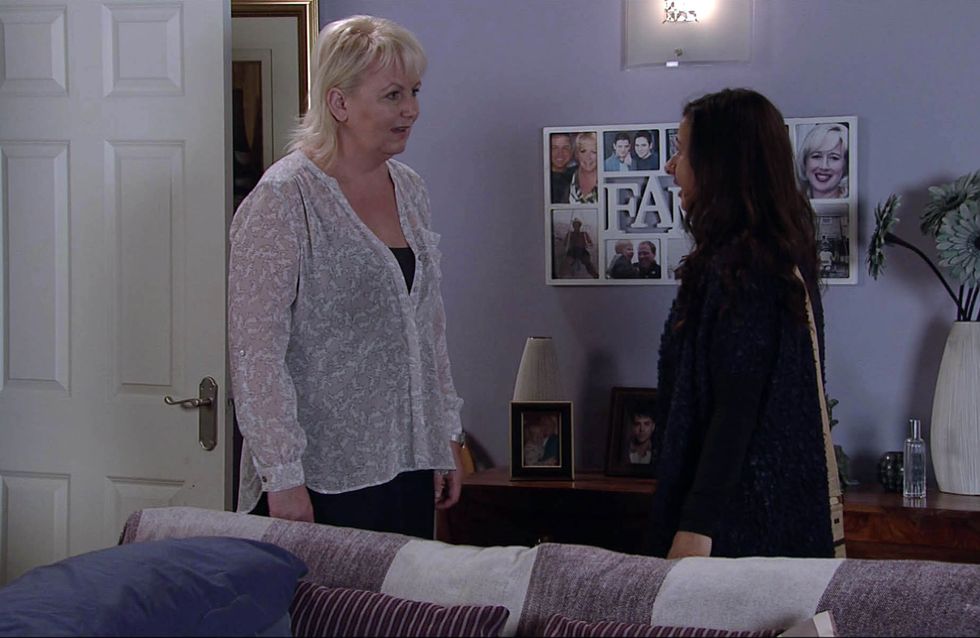 Kylie’s perturbed to find messages on her phone from the school saying that Max is ill. But having had no answer from Kylie the school have contacted Callum. Along with his mum, Callum collects a frightened Max in his car.

Under police interrogation, Tracy sticks to her story that she only confessed to starting the fire in order to prevent Carla from committing suicide. Will the police be able to pin anything on her or will Tracy walk free? Meanwhile Carla returns to Underworld a new woman. Aidan’s taken aback when she plants a kiss on his cheek and thanks him for saving the factory. Alya grovels to Carla and Aidan for her job, assuring them she’s smoothed things over with Macnee’s. Will Carla agree to forgive and forget?

Liz tells Eileen she’s taking things slowly with Lloyd, but is relishing being with a decent man for a change. When Eileen confirms that Andrea’s moved out of No.11, Lloyd tries to look relieved. But Eileen’s stunned when Andrea later turns up on her doorstep in tears, revealing she’s pregnant with Lloyd’s child!

Jason attempts to return to work but Tony declares him unfit and marches him back home. Tony assures Jason they will wreak revenge on Callum once he’s back to full fitness. Can Tim and Anna do anything to persuade the Hodges to bring Miley back home?

The Platts are horrified to realise that Callum has taken Max from school. Back at the flat, a nervous Max refuses to speak to Callum. When Gemma arrives, revealing that a dangerous thug called Denton is after him for money, Callum pales at this grave news. Max nags Callum to take him home. Losing his temper, Callum snaps at him and Max tells Callum he no longer wants him as a dad. Realising he’s finally lost his son, Callum forms a plan. Kylie and David are relieved when Callum brings Max back to No.8. But their relief turns to horror when Callum makes a shocking demand.

With only Carla’s word against Tracy’s, Nick guesses that Robert’s covering up the truth, disgusted he punches Robert and fires him from the Bistro. Carla’s annoyed at Nick for hitting Robert, wanting to put the whole sorry business to bed. Can she convince him to re-hire Robert? As Robert’s caught in the firing line will Tracy pay the price for her crime?

Andrea asks Eileen to say nothing of her pregnancy while she decides what to do. But when Michael finds the positive pregnancy test and assumes it’s Eileen’s, Andrea is forced to set him straight. Michael and Eileen urge her to tell Lloyd, will Andrea agree?

Anna and family are delighted when Faye gets the lead role in the school play. Jason refuses to rest, vowing to take revenge on Callum by himself. Tony’s alarmed. 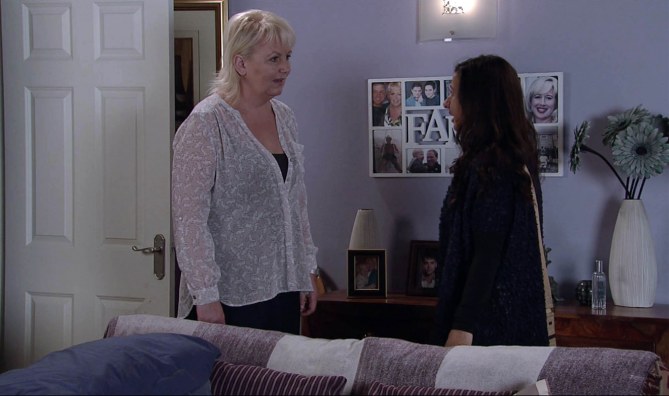