Jason's desperate to go to Stella with his accusations, but Dev urges him to sit tight until they've spoken to Craig - they need proof.

When Craig finally talks - with Beth and Kirk by his side - Dev's shocked when he reveals he believes he started the fire and Karl's been forcing him to keep it secret. But when Craig explains he dropped a cigarette when he saw Karl coming out of the pub that night, the penny drops for Dev. Can he get to Stella in time before she marries Karl?

Elsewhere, it looks like Sally's been stood up as she waits for Tim to escort her to Stella's wedding reception.

Also, Marcus is cross when he overhears Audrey painting a bleak picture of life at the flat, but Maria's worried there's something more to her uptight behaviour. 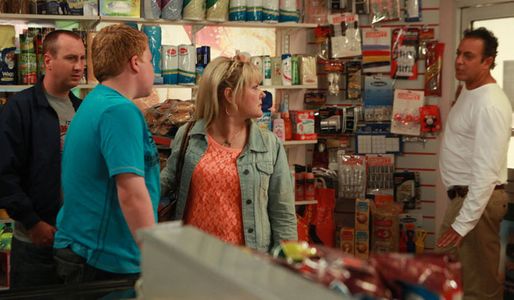