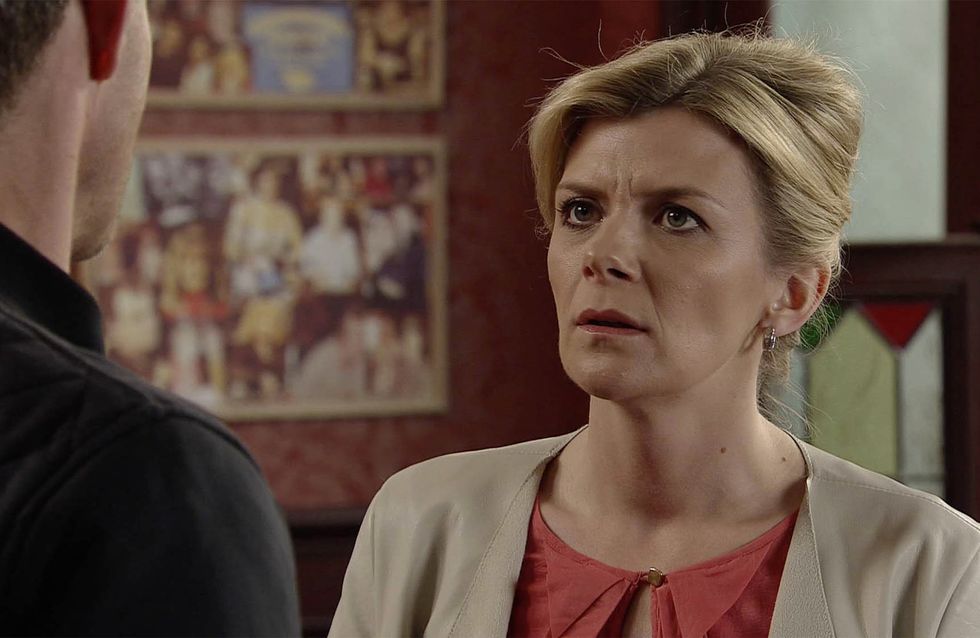 Feeling nauseous, Leanne blames her painkillers. Under pressure from Nick and Simon, she agrees to see the doctor. Steph begs Leanne to return to the bistro, telling her how stressed Robert, but Leanne refuses. The doctor prescribes some new drugs for Leanne’s back pain and questions whether or not she could be pregnant. Leanne’s horrified at the thought. Having done a pregnancy test, Leanne waits nervously for the result.

As Billy and Todd flirt in the flower shop,Michael approaches and wonders why Billy hasn’t gone to London with Sean. Overcome with guilt,Billy beats a hasty retreat. Todd calls at the vicarage with flowers and wine for Billy. When he findsBilly entertaining the bishop, Todd makes out he’s dropping the flowers off for the church and wine is for the church tombola. The bishop is suitably impressed while Billy is unnerved.

As Gail clears out her things from the annexe, she comes across a photo of Michael. Desperate for some normality, Kylie suggests they should get back together but Gail reckons that ship has sailed. Kylie forms a plan. Michael calls at No.8 to fix the door handle on the annexe. Gail’s perplexed, realising Kylie must have broken the handle on purpose to lure Michael round.

In the café, Audrey puts her foot in it with Freddie who reveals that today would have been Sadie’s birthday. Audrey feels terrible. Macca and Clayton call in the kebab shop and force Gemma to give them free kebabs. Apologising for her earlier gaff, Audrey insists on taking Freddie for a drink. As Macca and Clayton head off, Sinead overhears them discussing all the free food they’ve had from Gemma. As Gemma counts some money into the till, angry Sinead enters the kebab shop and tears a strip off her, accusing her of stealing from the till and giving away free food.

In the Rovers, Nick waits for Leanne, wondering what’s holding her up. Meanwhile, in her flat, Leanne stares at the positive pregnancy test in disbelief.Masking her inner turmoil, Leanne finally shows up for her drink with Nick but when he suggests a glass of wine, she panics and telling him it was a stupid idea, rushes out. Hurt and confused after their earlier meeting, Nick calls on Leanne and tells her he won’t be made a fool of. Nick heads out leaving Leanne crushed.

Having cracked open the wine, Todd embarks on an in depth discussion with the bishop about the Church and homosexuality. Billy wonders what Todd’s game is.Having seen the bishop into his taxi, Todd and Billy share a passionate kiss. But when Todd tries to undo Billy’s shirt he pulls away explaining that they need to take things slowly. Todd’s understanding.

Chesney arrives back from the wholesalers to find Sinead and Gemma at loggerheads.Sinead tells Chesney that Gemma’s a thief while Gemma swears blind she paid for Macca’s kebabs out of her own pocket. When Ken joins Audrey and Freddie for a drink, Audrey’s face lights up. At Sinead’s insistence, Chesney counts up the float only to find Gemma is telling the truth. Sinead apologises through gritted teeth. Aware of Audrey’s interest in Ken, Freddie offers to put in a good word for her. Desperate to bury all the bad memories, Kylie sets about putting her own stamp on the annexe with some new soft furnishings.​​​​​​​ 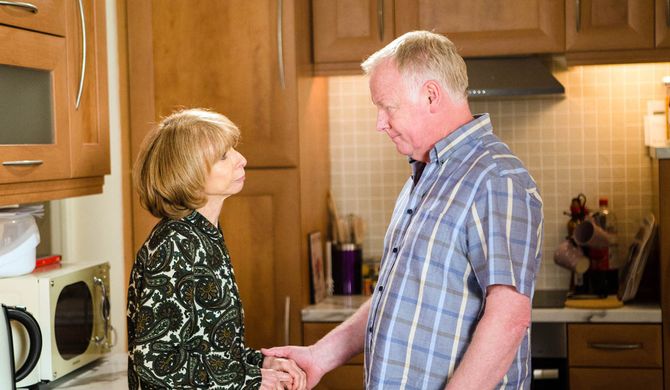