Tina lets slip to Steph that she’s having an affair with Peter but makes her promise not to tell anyone. Knowing Carla has her first scan today and desperate for a drink, Peter heads out but is thwarted when Tina insists on accompanying him to a hotel bar. When Tina nips to the loo, Peter’s shocked when Rob enters. Will they been found out?

A shameful Izzy returns to work and Beth tears a strip off her calling her a thief but will Carla be able to forgive her or will she lose her job?
​
Beth tells Sean and Eva she’s off to Latvia tomorrow for her breast enhancement. Maria walks in to the cafe as Todd reaches for Marcus’s hand and seeing no alternative, Owen accepts Tony’s paltry offer for the business.

A suspicious Rob leaves the hotel after Peter spins him a story about meeting a client and quickly ushers Tina out of a fire exit. Knowing he’s promised to be at Carla’s first scan but battling his craving for alcohol, will Peter let Carla down and head to the pub instead?

Tyrone sees red when Todd insults Maria and punches him on the jaw. Fiz is furious and drags Tyrone home but is Maria secretly pleased at Tyrone’s protective display?

Owen confides in Anna that he feels he’s let his family down and he’s going to look for a job.
​
Beth sets off to Latvia for her breast enhancement and Luke persuades Maria to let him buy her a drink. 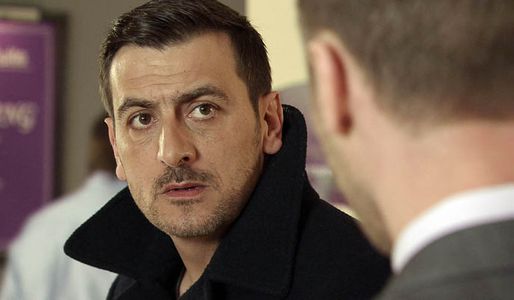