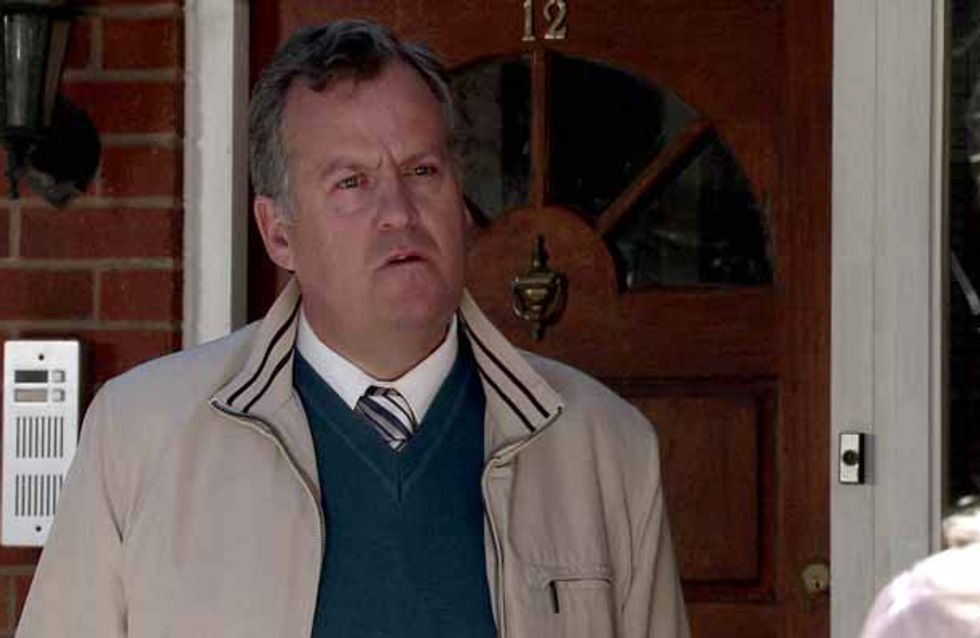 As she minds Jack, Jenny fills a holdall with his belongings at No.13, ready to make their escape. She’s startled when Sophie pops back. Discussing the recent fire, Jenny drops her guard and talks with feeling on the subject of grief. Surmising she’s lost someone close, Sophie asks who died. Realising she’s said too much, Jenny abruptly ends the conversation. Alone at last, Jenny dons her wig and jumps into a taxi with Jack.

David worries that, with him and Kylie separated, he will lose out if she enters the fight for Max against Callum. Kylie implores David to give her another chance but before he can reply Nick and Erica burst in with a photo of their baby’s first scan. Kylie’s hopeful when David agrees they will join forces to prevent Callum getting Max. Arriving at No.8 with Sarah, Callum senses something between them and demands to know if Kylie and David are back together. Kylie eagerly awaits David’s answer.

Michelle arrives home from honeymoon and reveals that Steve’s staying in Spain a bit longer. Is all ok? Meanwhile Michelle’s shocked when Liz admits she’s already moved on from Tony and is seeing a new man!

Beth wonders why Craig crept out of the house at 2am and accuses him of going to raves in the middle of the night. Snatching his rucksack to look for drugs, Beth’s baffled by what she finds.

Meanwhile Beth’s shocked to spot Brian knocking on at No.12 for Julie. Informing him that Julie’s happily dating Dev now, Beth sends Brian away with a flea in his ear.

Jenny and Jack arrive at their flat in Hull. Jenny makes out to the letting agent that Jack is her son and they have escaped from an unhappy home. Returning home to No.13, Kevin is shocked to find no sign of Jenny or Jack. Kevin panics upon finding Jenny’s phone disconnected, while Sophie suggests he calls the police. Kevin gives the police a photo of Jenny. Upon learning she once used a different name, Sophie finds an old online news article about Jenny’s own four-year-old son. Kevin pales upon realising that Jenny’s son was the same age as Jack.

David confirms that he and Kylie are back together. Kylie’s overwhelmed while Callum and Sarah are scornful. For Callum’s benefit, David orders Kylie to fetch her belongings and move back in. Kylie kisses him, overwhelmed. Kylie returns to No.8 with her bags, thrilled to be home. But her joy is short-lived when David explains their reunion is purely for show to get Max from Callum. Heartbroken, can Kylie change David’s mind?

Mary informs Julie that Brian’s back in town. Julie’s speechless at the news. When there’s a knock at No.7, she dives for the door but Dev opens it to a striking-looking woman. Mary and Julie are agog as Dev awkwardly greets Talisa.

As Nick comforts Carla over recent events, Erica can’t help feeling jealous of their obvious closeness and makes herself scarce. Nick’s shocked when Carla leans in for a kiss. Will he reciprocate or will Nick decide he needs to make a go of things with Erica for the sake of their baby? 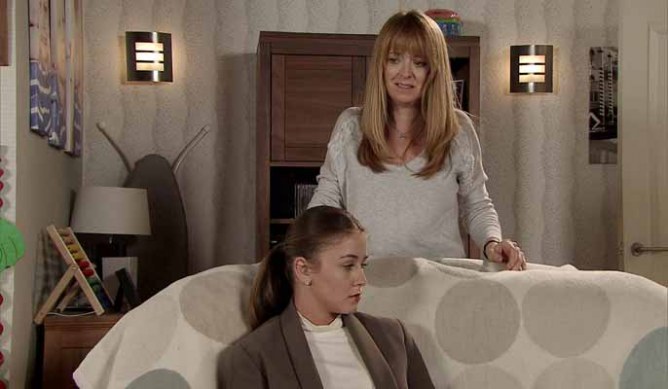