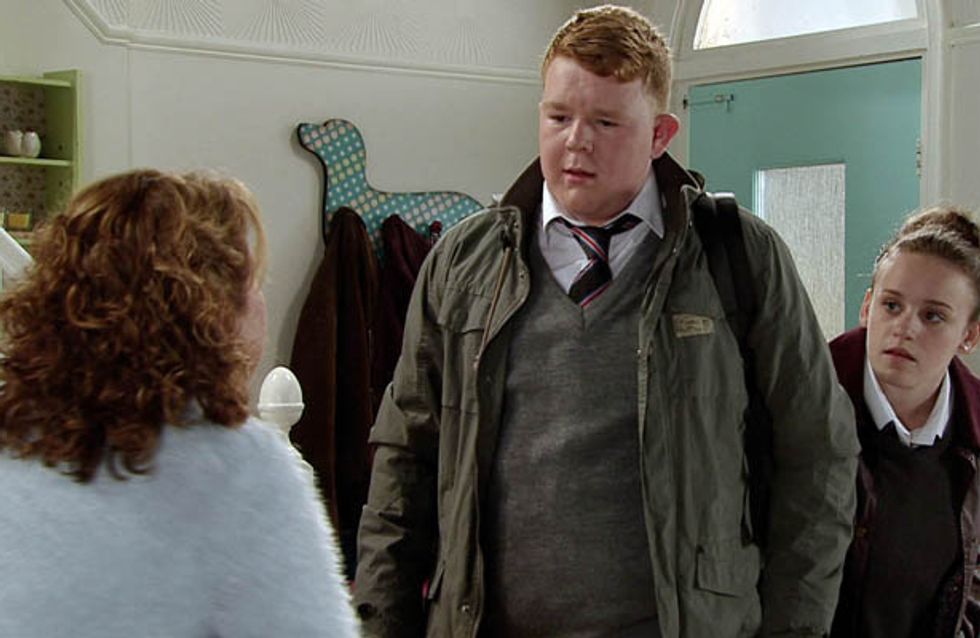 Michelle calls at No.1 and hands Peter an envelope containing Carla’s wedding ring. Peter’s day goes from bad to worse when Steph lays into him, pointing out that had Tina never met him, she’d still be alive. Ken’s later horrified to find a bottle of vodka secreted in Peter’s jacket. At breaking point Peter drops a bombshell on Ken.

With Chesney unable to babysit Joseph, Cilla steps into the breach. But as Cilla looks after him she slips and falls, damaging her back. In pain, she heads off to the doctors leaving Joseph with Craig and Faye. Arriving home Chesney’s horrified to find his son in the care of Craig and Faye. Will he soften when Cilla returns from A&E and explains she’s fractured a vertebra?

Todd returns home from hospital. Eileen, Jason and Eva fuss round him. Todd points out that if they’d always been this keen to spend time with him, he wouldn’t have been attacked!

As an embarrassed Tim embarks on his first reading lesson with Anna he lies to Sally, telling her he’s out cleaning windows. But when Sally checks Tim’s sponge and finds it bone dry she wonders where he’s really been. Kal’s furious to discover Tony’s not paying Zeedan minimum wage. 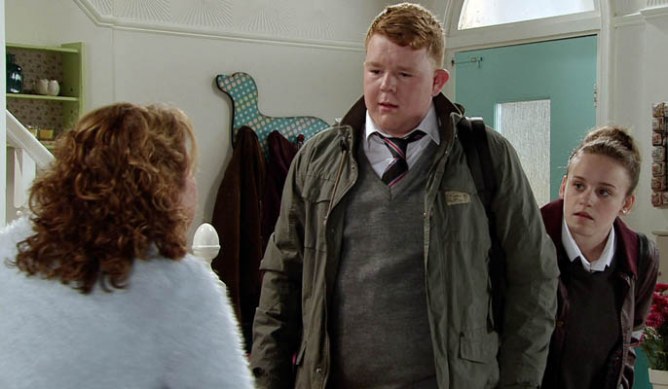