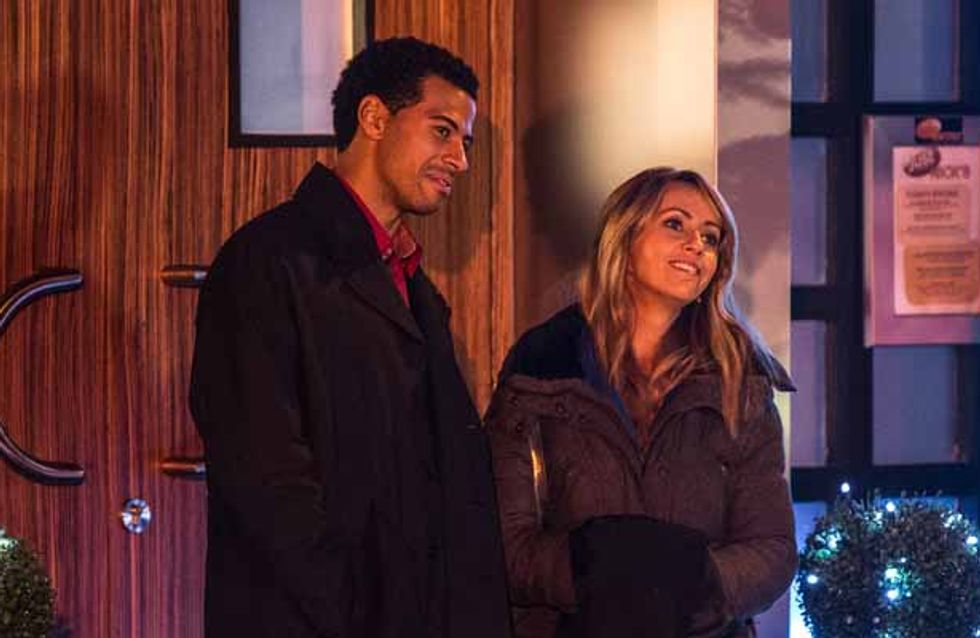 As Gary and Izzy chat about Jake, it’s clear they’re getting on well. Izzy secretly hopes it could be the start of a reconciliation. But Gary’s only got eyes for Alya and revealing he’s still got the keys to No.6, Gary suggests they meet there for a secret tryst. An excited Alya and Gary sneak into No.6 and share a candlelit supper. But just as things get steamy Yasmeen and Kal suddenly appear. Alya’s horrified.

Despite the fact she’s struggling without her drugs, Kylie does her best to make amends and goes all out to be a good mother and wife. David remains sceptical and when Kylie’s phone buzzes with a text, David picks it up. Will it be from Callum? Kylie tells David how sorry she is for hurting him. Can their marriage survive?

Maria admits to Audrey that much as she likes Luke, she’s worried about the age difference. Audrey tells her grab a slice of happiness while she can and stop overthinking it.

Beth discusses her wedding dress design with Sinead, while Kirk asks a delighted Chesney to be his Best Man. In the salon, Julie pampers herself in readiness for her date with Dev, clearly smitten.

Kal and Yasmeen stare incredulously as Alya confesses that she and Gary have been seeing each other. Unable to contain his fury, Kal lashes out and punches Gary, dragging him out onto the street. Izzy’s devastated to realise what has been going on. Leanne does her best to calm Kal down but he’s furious to realise Leanne already knew about Alya’s relationship with Gary. Leanne tries to make Kal see that Alya and Gary’s situation isn’t any different to their own, but Kal refuses to listen and insists that Gary isn’t good enough for his daughter. Alya’s gutted as Kal lays the law down, banning her from seeing Gary. Feeling terrible can she talk Kal round?

David demands to know who Kylie’s dealer is. Kylie lies to him telling him it’s Macca. But when Callum texts Kylie demanding to see her, will her lie be exposed? Kylie’s terrified about what Callum might do next. When Max tells David and Kylie that he’d like David to become his real Dad, her fears are exacerbated.

Maria and Luke enjoy their first date at the bistro and when Luke realises he’s lost his keys to No.9, Maria’s only to happy to suggest a nightcap at hers. However will their plans be scuppered by a ‘helpful’ Steph?

Over dinner at the bistro, Julie’s swept away by Dev’s chivalrous manner. When he invites her back for a nightcap, will she accept? 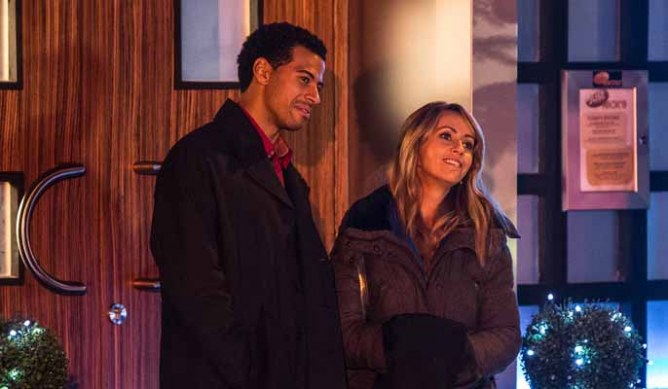