As Audrey works on Cathy’s hair, Cathy takes a call from Roy telling her that Tyrone can no longer make the wedding - Yasmeen and Audrey exchange concerned looks. Cathy hurries home to pick up her Dictaphone, worried she’ll forget her vows, meanwhile Brian and Tyrone set off to the church determined to clear the air with Roy. Having retrieved the Dictaphone from the flat, excited Cathy sets off to her wedding where outside the church, Tyrone and Brian tell Roy how sorry they are for their earlier harsh words. Roy accepts their apology and insists they stay for the wedding. Alex, Chesney, Sinead, Faye, Sally, Tim, Rita, Norris, Mary, Tyrone, Brian, Audrey, Bethany and a nervous Roy gather in the church awaiting Cathy’s arrival. Nessa begs Cathy to let her give her away and Cathy reluctantly agrees. Whilst Nessa nips off to make sure Roy’s ready, Cathy takes out her Dictaphone intending to go over her vows one last time, will she discover the accidental recording of Roy’s confession?

Emotional Anna confides in Kevin that Peter wants her out of the flat as he’s moving back in. Upset Anna also tells Kevin she won’t be going to Roy and Cathy’s wedding as her scars are so painful, how will Kevin comfort her?

In an attempt to call a truce, Peter offers to run Robert and Nick to a wine tasting and thanks Nick for all that he’s done for Simon, will this thaw Nick?

Norris offers Mary a lift to the wedding but it’s obvious Mary’s avoiding him. When Andy accompanies Gail to sprinkle Michael’s ashes, he makes his feelings known. Michelle and Steve discover the sex of their baby.

Covering her shock, Cathy walks down the aisle and joins Roy. With the wedding underway, Mary delivers a reading. Audrey, Rita and Fiz are touched by it but Roy and Cathy remain unmoved. As Tyrone makes his way to the front of the church to deliver his reading, Cathy’s brought up short by the sight of him and turning to Roy, demands to know if he really wants to marry her as she overheard his conversation with Tyrone and Brian on her Dictaphone. Will Roy be able to offer Cathy the heartfelt assurances she so badly needs and convince her to go ahead with the wedding?

Anna breaks down in Kevin’s arms and admits she’s ashamed of her body and doesn’t want him to see it but Kevin holds her tight, his heart breaking for her. When Kevin suggests to Anna that she and Faye should move in with him, will Anna accept his offer? Meanwhile Phelan discovers the hate mail which Eileen’s been keeping from him and is touched that she’s been trying to spare his feelings. Phelan moves in for a kiss but Eileen recoils and suggests he should move out. As Phelan approaches No.11, he spots Anna slipping a letter through the door. Is she behind the poisonous letters?

Peter drops a tipsy Nick and Robert back after their wine tasting. When Nick makes childish jibes at Peter, Leanne drags him into the bistro ordering him to sober up.

Steve shows Amy the scan photo of her baby brother but Amy plays it cool. In the Rovers, Norris tries to broach the subject of Mary’s past but Mary becomes defensive and leaves. When Audrey suggests that Chesney and Sinead will be next down the aisle, Sinead makes it clear she’s not keen and Chesney’s put out. ​​​​​​​ 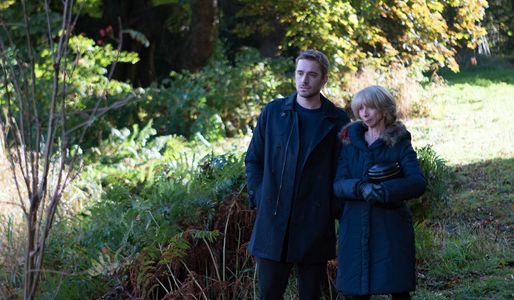