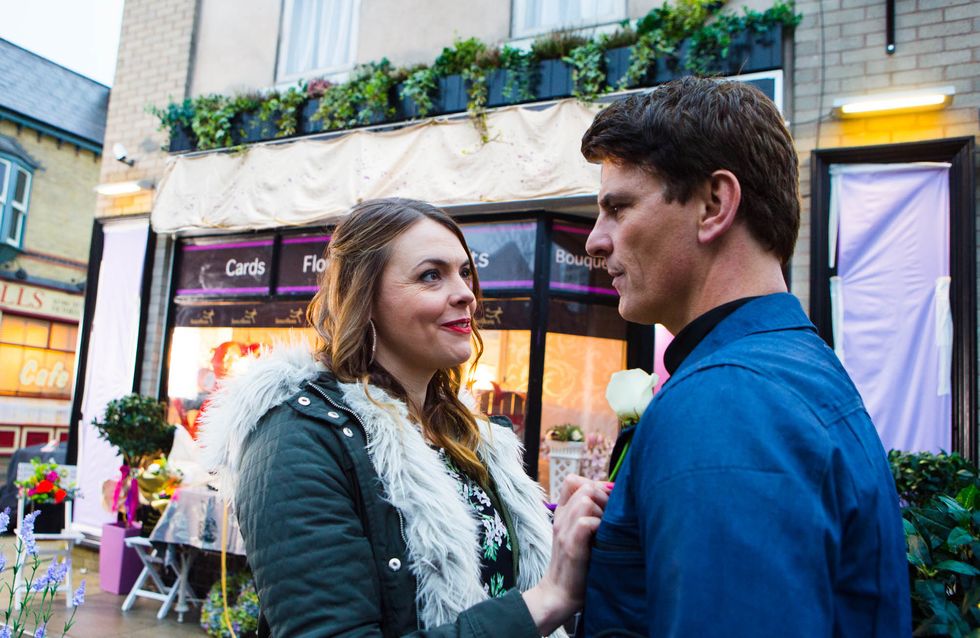 Pointing out she’s got a terrible cold, Tyrone insists Fiz stays at home while he visits Hope in hospital. Beth and Kirk call on Fiz, but they’re interrupted when Ted the elf barges in demanding payment. Clearly shocked, Fiz promises him he’ll have his money. When Tyrone returns Fiz confronts him over Ted’s unpaid bill. Under pressure, Tyrone admits they’re in debt to the tune of nearly £10k. Fiz reels. As Tyrone explains to Fiz how he just wanted Hope to have the best Christmas ever, how will she react?

At her grand opening party Tracy frets when Robert fails to show, sending Zeedan in his place with the canapés. Wily Amy calls in the bistro and pretending there’s a problem with the food, persuades Robert to attend. With the crowd gathered, Robert arrives and Tracy reveals her new shop sign which leaves Robert stunned!

When Cathy tells Roy that his Aunty called again, Roy refuses to discuss it. Alex arrives and telling Cathy that he’s lost his job, asks if he can hang out in the café for the day. Anna confides in Cathy how Roy’s relationship with his mother is rather strained.

Carla asks Kate and Michelle if they’ll be her bridesmaids. Luke reveals to Andy that Jamie’s been released on bail and he’s worried he might come looking for Steph. When Tim tells Kevin he saw him kissing Anna in the back of a taxi, will Kevin admit they’re an item? 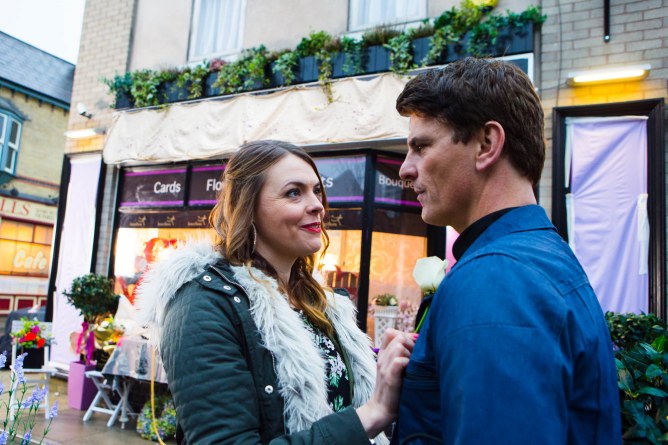