Over breakfast neither Gail nor Michael know what to say to each other. Gail confides in Audrey, how Michael proposed but she was too shocked to give him an answer. Audrey urges Gail to grab happiness while she can and suggests she throw a surprise engagement party in the bistro. Worried that Gail is going to dump him, Michael nervously enters the bistro to find Gail, Audrey, David, Nick, Gavin, Steph and Leanne waiting. How will he react to Gail’s proposal?

As Todd goes to open the shop he discovers they’ve had a break-in and all the stock has been trashed. Playing the concerned friend, Tony offers his sympathy. Tracy’s gutted to discover Barlow’s Buys is uninsured and she won’t receive a penny. Tony suggests to Tracy she could save her business by allowing him to become a partner. Will Tracy be forced to agree?

Asha and Aadi celebrate their 10th birthday. Mary refuses to join Dev and Julie as they take the twins out for a treat. Worried that Mary’s feeling pushed out, Dev and Julie later call at the motorhome with the twins.

Having spent the night together, Steph and Gavin arrive late for work, clearly loved up. Alya’s excited when she takes a call confirming that Carla has won Greater Manchester Business Woman of the Year. Sally points out that Carla hates that sort of thing and as Carla arrives back from LA she gleefully tells her how Alya has messed up. Maria suggests to Luke it’s time he met Liam. 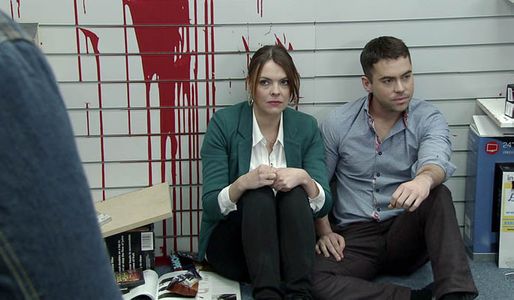