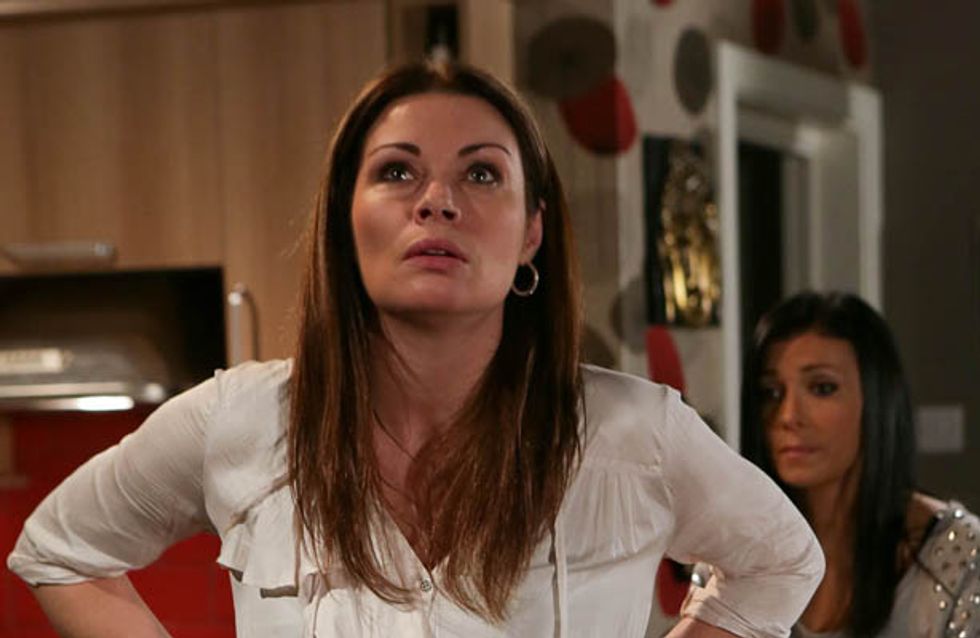 Peter’s worried about Carla but she just tells him she’s upset about her step dad. He grows even more concerned when Tina pressures him to tell Carla about their affair. Carla tells Michelle she doesn’t want children and is terrified as she waits for the results of her pregnancy test…

Steve pretends not to have heard when Tony and Liz invite him to birthday drinks, but will Liz let him get away with it?

Sophie questions Maddie about a stolen bottle of vodka from the corner shop. Maddie denies all knowledge, but Sophie finds the bottle in Maddie’s bag.
​
Elsewhere, Eileen’s annoyed as Lloyd and Andrea fawn over each other in the cab office. Fiz is curious to hear that Tood has a secret boyfriend.

Tina tells Peter she’ll come with him to tell Carla the truth, but Peter doesn’t intend to tell Carla and says he needs to do it on his own. Carla can’t believe she’s pregnant, and when Peter finds her she lies and tells him she’s upset because of her stepdad. Tina nervously waits at the Rovers, but when Carla comes in and smiles at her, Tina realises Peter chickened out. How will she react?

Todd makes digs at Marcus when Maria shows him some details. Fiz realises there’s tension and is later intrigued when Marcus hits Todd and tells him to stay away.

Andrea tells Steve to grow up as it’s obvious that he’s jealous. Tony takes Steve to one side and asks if he has a problem with him seeing Liz. Steve promises he’s fine with it.
​
Elsewhere, Maddie kisses Sophie and suggests they go to bed, but Sophie refuses. Fix tells Roy that Hayley’s ashes are ready for collection and offers to accompany him to the crematorium.
​ 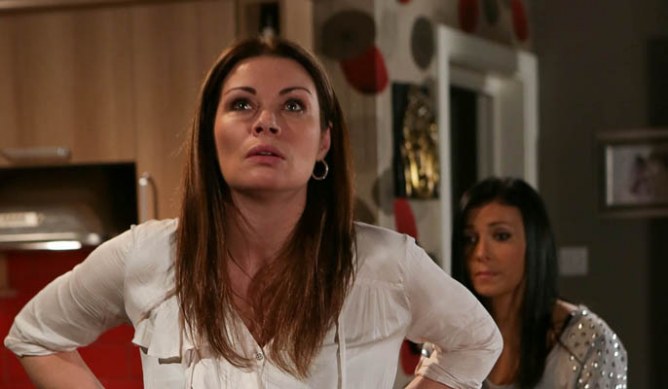