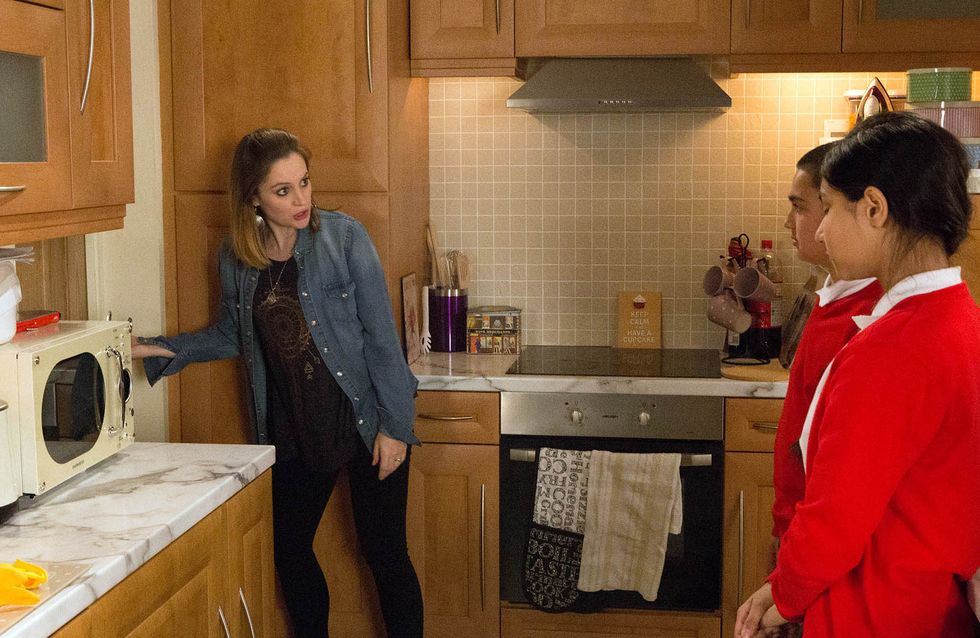 With school closed for the day, Kylie agrees to have Asha and Aadi. Asha locks Max in the annexe causing him to freak out. Kylie flies at Asha, furious with her for traumatising Max. Dev calls to collect the twins and is horrified at Kylie’s behaviour. At breaking point, Kylie tells David that as long as they remain at No.8 the memory of Callum will ruin their lives and they need to move away. Will Kylie be able to convince David to agree to making a fresh start inBarbados?

Caz wonders if Kate has thought any more about eloping with her. Kate’s evasive. Caz threatens Sophie in the Rovers loos, telling her to stay out of her business. When Caz then sees Macca’s brother Clayton trying it on with Kate she flies into a rage and launches herself at him, dragging him out. Kate’s shocked to realise Caz isn’t injured at all.Apologising for lying to Kate, Caz insists she only did it as she wanted to postpone her return toCyprus so they could spend more time together. How will Kate react?

Dev confronts Chesney and Gemma over the fake £20 notes. Making out he was duped by a stranger who wanted change, Chesney takes the rap for Gemma, but warns her she needs to choose between her dodgy mates and her job as it’s the last time he’ll take the blame for her. Meanwhile Macca and Clayton cause trouble in the Rovers.

Pretending he’s got a prior engagement, Ken hands the theatre tickets to Audrey and suggests she should take Freddie. Audrey masks her disappointment. In the salon Audrey tells Freddie he’s accompanying her to the theatre whether he likes it or not as it got her in this mess.​​​ 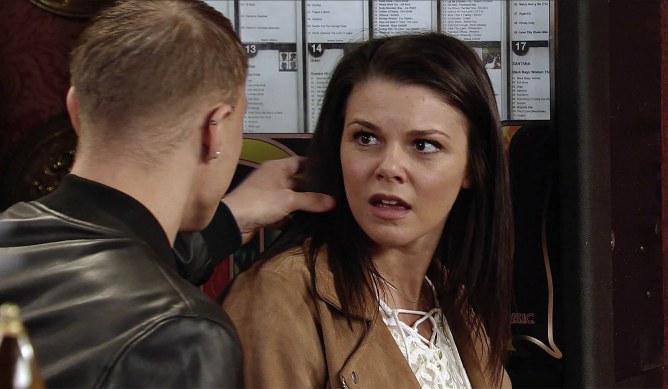