Coronation Street 15/02 - Bethany Realised How Much She Needs Nathan

When Rosie overhears Brian complaining that someone dug over the allotments in the night, she realises with horror it must have been Adam. Rosie confesses to Sophie how she told Adam about the drugs and suspects he’s stolen them. Sophie listens in disbelief. Adam confides in Todd and suggests they set up in business together - how will Todd react?Adam tells Rosie and Sophie that if anyone comes looking for the drugs, he’ll pin the whole thing on them.

Having taken Sarah’s advice and filmed a new video using her phone, Bethany’s gutted to find out from Faye that she’s being lambasted online as it’s substandard compared to her earlier efforts. When Bethany explains to Sarah how her phone video was a total flop, Sarah urges her to return to the salon and make another professional one instead. Bethany meets up with Nathan and shows him the awful video. Telling her how much he fancies her, Nathan reels her in. Utterly thrilled, Bethany leans in for a kiss and Nathan responds passionately.

Having been invited for tea, Ken arrives at Daniel’s flat. Daniel apologises for letting him down whilst Ken struggles to make small talk with Sinead. Ken laments to Brian how he has high hopes for Daniel and worries that Sinead will drag him down.

When Tracy reveals that Luke intends to track down Andy in Bristol, Phelan masks his concern. Explaining that he’s short of cash, Phelan persuades Ken to give him the rest of the money for the kitchen up front.​​​ 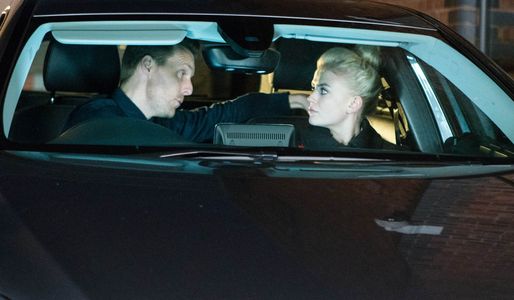