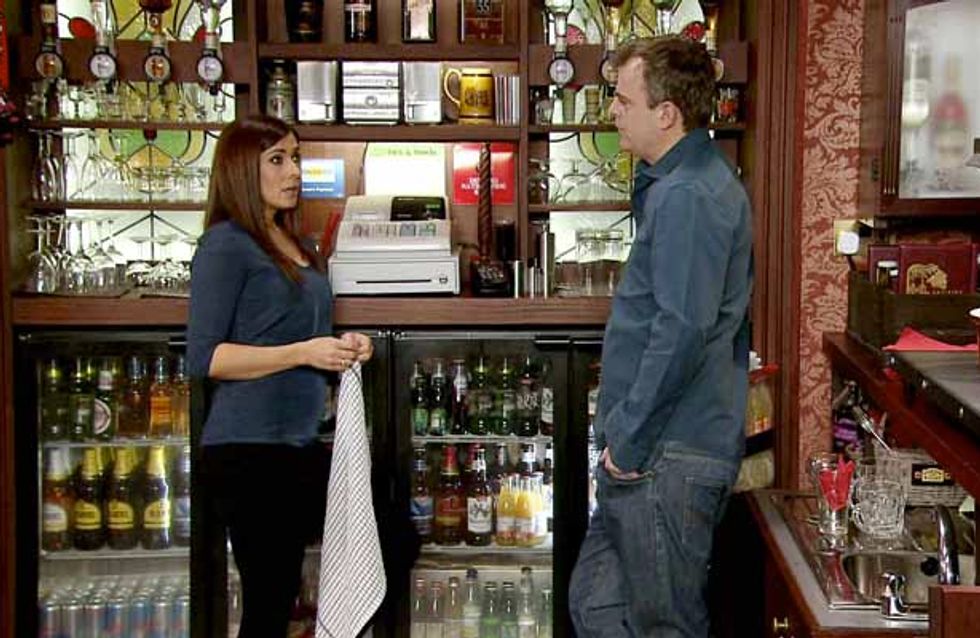 Owen breaks the news to Izzy that he’s moving away for good. Izzy’s upset, while Faye accosts Owen in the café begging him not to leave. Owen tells her he doesn’t have a choice but makes Faye promise to be honest with Anna about her feelings towards the baby. Faye plucks up the courage to tell Anna she doesn’t want to keep her daughter but with emotions running high as Owen says his goodbyes will Faye be able to find the words?

Tony promises Tracy he’ll dump Liz when the time is right and that they’ll find a pub and run it together. But Tracy tells him she doesn’t want any old pub, she wants the Rovers, so all those people who’ve spent years looking down on her will have to show her some respect. Tracy tells Tony that if he’s serious about her, he’ll find a way to get the Rovers. Will Tony agree? Meanwhile Steve’s furious when Liz lets slip that it’s actually Tony who is funding his wedding.

At Sarah’s request, Gail phones Stephen and begs him to reconsider Sarah’s position. Will Stephen agree or has Bethany scuppered her plans to return to Italy? David’s perplexed to see Gail looking at flowers outside the shop, reminding her that she binned the last lot. Gail’s flustered. Meanwhile David’s fed up of the mess created by Sarah and Bethany.

Julie’s put out when Dev calls to tell her his uncle has died and he’ll be staying in India for longer. Eileen shows Julie a photo of Jeff from Dubai who she’s met on a dating site. With Julie’s encouragement, Eileen sends him a message. 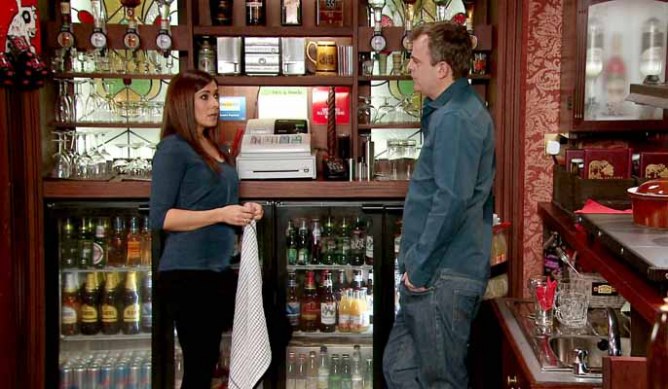