Coronation Street 15/7 - David and Kylie look to the future

Kylie’s walking on air, excited at the thought of a new life in Barbados. When Gemma confides in Kylie how Macca and Clayton have been giving her hassle, Kylie advises her to take a leaf out of her book and cut them out of her life. David reveals he’s put the wheels in motion to formally adopt Max. Kylie’s deeply touched. David and Kylie reveal their plans toGail. Although initially horrified, Gail eventually comes round to their way of thinking and accepts afresh start is what’s best for the kids. But will Kylie and David’s happiness be short lived?

When Clayton calls in the kebab shop hoping to offload more fake £20notes, Gemma stands her ground and throws him out. Chesney’s proud of her. But as Craig tucks into a kebab, suddenly Clayton barges his way into the shop and demands that Gemma hand over cash from the till. Gemma refuses and a scuffle ensues.

Kate arrives home to find the army welfare officer giving Caz a grilling.When the officer reveals that Caz is awaiting a court martial, Kate’s stunned. Caz is forced to admits he got into a fight at barracks and the other girl came off much worse. Appalled at the extent of Caz’s lies, Kate rips off her engagement ring. Will Caz be able to talk her round?

Maria gently ribs Audrey, suggesting she enjoyed her date with Freddie more than she’s letting on. When Freddie calls in the salon and invites Audrey to join him for a drink later, will Audrey accept?

Will David and Kylie bid farewell to the street or will there be more drama in store for the Platts? With his feelings for Audrey growing, Freddie offers his support in a time of need at the Platts. With Kylie gone, those left on the street are forced to deal with a raft of emotions.​​​​ 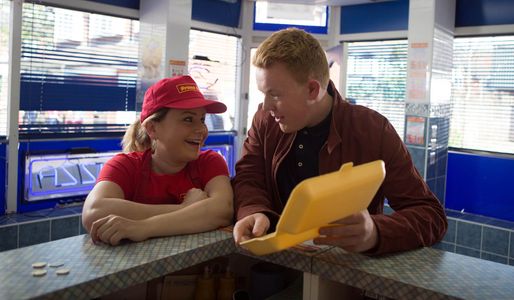