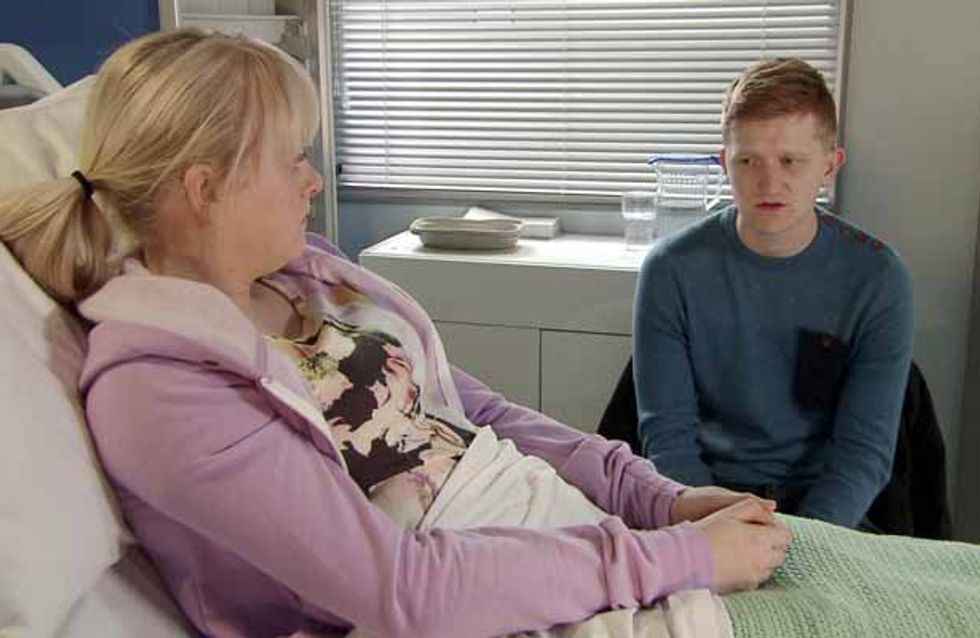 Realising she can’t take Joseph away from his Dad, Katy tells Linda she won’t be moving to Portugal after all. Chesney’s relieved to hear Katy’s decided to stay but Katy’s bitter, pointing out she didn’t really have a choice. As an upset Katy waves Linda off, knowing she’s turned down the chance of a lifetime, she realises with horror that she’s missed her first personal trainer exam. Depressed Katy heads to the Rovers and parking herself next to Callum demands he buys her several drinks. As an amused Callum guides a drunken Katy home, she shouts at him to leave her alone. On his way to Sinead’s physio session, Chesney wades in and telling Callum to clear off, helps Katy into her flat. At the hospital Sinead tries to stand, terrified she’ll never walk again, will Chesney be by her side or have his priorities changed?

Andy fusses round Michael, doing his best to appear the perfect son. Gail quietly seethes, hating Andy for involving her in his web of deceit. Gail tells Andy that as soon as Michael is well enough, he must move away and fade from Michael’s life. Andy’s surprised to realise how much this upsets him. Meanwhile Steph points out that with Gavin now dead, Andy can no longer use his National Insurance number. Gail accesses the bistro computer hoping to change Gavin’s details but she’s startled when Michael walks in. Are they about to be caught in the act?

Aware she’s caused a rift between Billy and Sean, Emily resolves to try and put things right. Emily dupes Billy and Sean into meeting in the Rovers. Will they sort out their differences?

Kal and Zeedan enlist Simon’s help with their egg scam. Simon’s thrilled but is Sharif onto them? Callum winds Gail up by suggesting she could have an arm-wrestle with his Mum and the winner could have custody of Max.

As Katy pours her heart out, Chesney realises he’s the only thing standing in the way of her new life in Portugal. Chesney tells her she and Joseph can move to Portugal with his blessing as he knows they’ll have a better life. Katy’s deeply touched. Meanwhile when Chesney visits Sinead, explaining that he missed her physio session as he was making the decision to let Katy take Joseph to Portugal, Sinead’s horrified. Chesney’s adamant that it’s best for Joseph but as he watches Joseph sleep will his emotions get the better of him?

In a panic Gail lies to Michael, telling him she was checking the payroll as she’s been underpaid. Nick blames himself, admitting he did the pay roll. Gail feels terrible. With Nick no longer trusting himself, Steph seizes the opportunity and offers to look after the payroll. Nick’s grateful. Furious at being forced to lie to her own son, Gail snaps at Andy. Will she still be prepared to cover for him?

Billy and Sean try to iron out their differences. Billy explains to Sean that because of his position as vicar, their relationship must remain under wraps. Will Sean accept this or feel forced to give Billy up?

Sharif pretends he’s put his back out and asks Kal and Zeedan to read the chickens their bedtime story. Will they realise Sharif is winding them up? 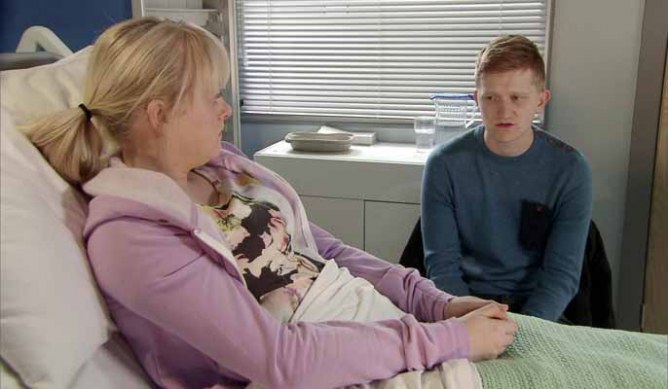