Carla is furious to find that Peter has been drinking. Peter makes it what he just wants to be a perfect husband and father and the pressure is getting to him. Carla’s unimpressed and gives him an ultimatum, promises if she catches him again they won’t be having a baby.

Maria’s irritated with Fiz and Tyrone’s general happiness in their relationship. Seeing Todd outside the pub she abuses him, but Todd retaliates with a hurtful comment and Maria ends up throwing her phone at him in a rage. Tyrone comforts Maria, but does he realises she wants to be more than friends?
​
Anna fights back tears as Izzy thanks her for sorting everything out and flinches when Owen touches her. Will Anna crack? 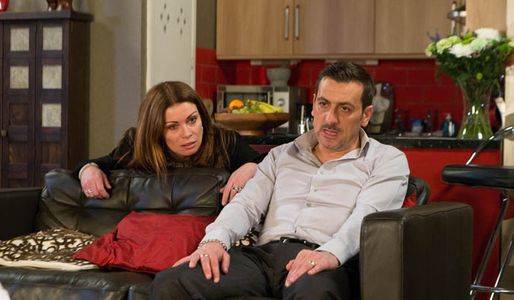