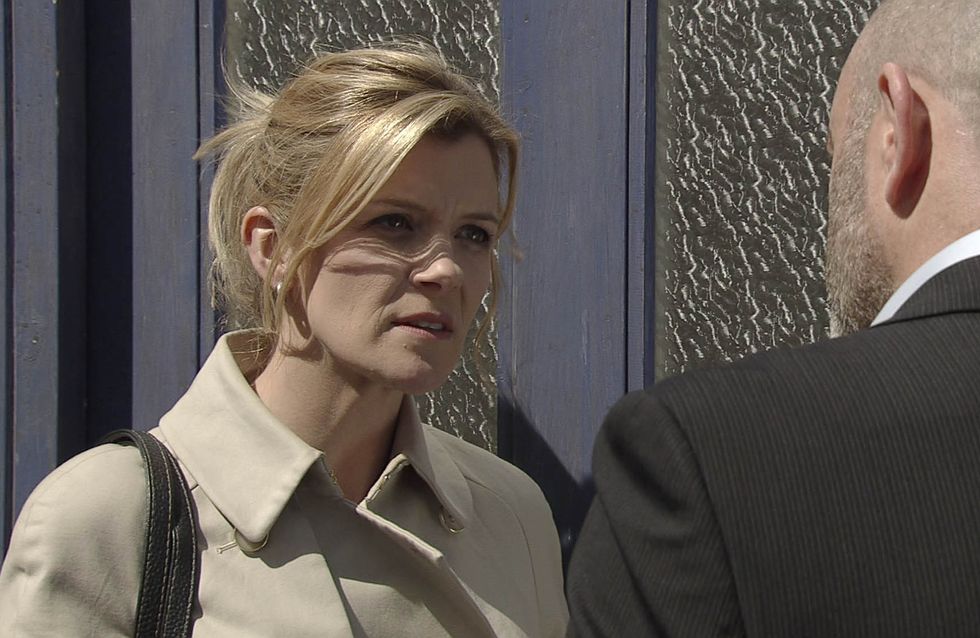 In an attempt to make amends, Tracy sets about making breakfast for Ken and Peter. She then calls in the factory and tries to build bridges with Carla, explaining how Deirdre’s death has made her think. Will Carla accept her olive branch? Meanwhile Tracy’s shocked when Tony’s henchmen barge into Barlow’s Buys and demand money he owes them from Tracy. As they turn menacing, Tracy’s relieved when Robert enters the shop and comes to her rescue, sending them packing. As Tracy thanks Robert over a coffee, Robert’s mobile rings but he masks his concern and paints on a smile, admitting to Tracy how he’s never stopped loving her and that seeing her again has only served to heighten his feelings. Will Tracy reciprocate his feelings?

Dan approaches Leanne and slamming her against her front door, threatens to ruin her life if she breathes a word about his past to Liz. Sarah watches on.

Gary calls at No.6 and getting down on one knee, proposes to Alya again and plants a ring on her finger. They’re shocked to realise Sharif’s witnessed the scene. How will Alya’s family react to news of Gary’s proposal and awash with guilt will Alya finally tell Gary about her one night stand with Jason?

When Peter drops the bombshell on Simon that he’s got a new job with a charter boat company working in the Caribbean, Simon’s devastated. As Peter heads off to start his new life, Simon takes his anger out on Leanne. Carla suggests another poker night but the lads refuse, telling her to cut her losses and forget it. Carla’s annoyed. 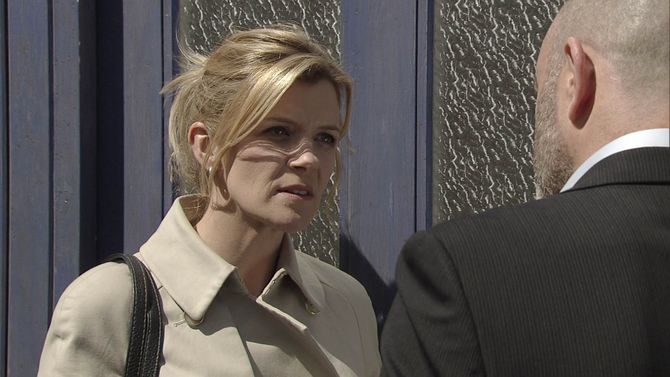