by Emmy Griffiths Published on 12 October 2015 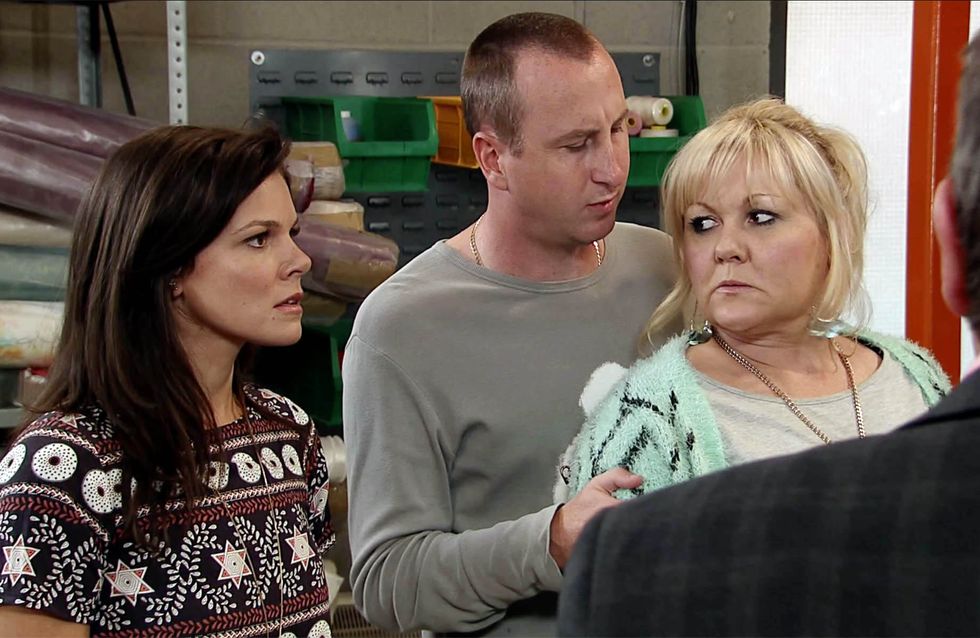 When Billy witnesses Sarah snapping at Todd, he’s concerned about her. Todd explains to Billy how he and Sarah have history. When Billy approaches Sarah panics will she confide her fears? Meanwhile the police call at No.8 and quiz David, Kylie and Sarah about Callum’s whereabouts explaining that he’s skipped bail. David assures them they’ll be in touch if they hear anything while Kylie and Sarah struggle to contain their fear. Consumed with guilt, Kylie and Sarah wonder if they’d be better off confessing all to the police but David insists they stick to their story.

Johnny and Kate start work at the factory. Kate’s unimpressed to find she’s working with Kirk in packing. Determined to make the best of things, Carla shows Johnny the order books. Convinced Kate fancies Kirk, Beth calls her a hussy and tells her to keep her hands to herself. How will Kate react to this?

Fiz and Tyrone wait nervously in the hospital whilst Hope has her operation. They’re touched when Sinead visits with a Thunderbirds costume she’s made.

When Norris spots Luke and Jamie setting off with Luke’s car in tow, Norris lets slip to Maria that he saw them heading out with the track car. Maria’s furious, realising she’s been lied to. Ken buys a violin for Amy before giving Amy her first violin lesson. Tracy and Robert listen to the racket fondly.

Hurrying after Sarah, Billy assures her that as a vicar, his job is to listen and whatever she tells him is in the strictest confidence. Sarah starts to open up to Billy, revealing how her boyfriend threatened her and things got out of hand. As Billy encourages her to go to the police will Sarah make a full confession?

Kate continues to wind Beth up and when she squeezes Kirk’s biceps, it’s the final straw for Beth who flies at Kate. Carla wades in and separates the brawling women. Carla and Johnny berate Kate for causing trouble and insist she apologises to Beth. Kate buys Beth and Kirk a drink and explains that she was only having a laugh with Kirk and that she’s soon to marry her girlfriend Caz.

As Luke and Jamie return from the track race, Maria strides over and confronts Luke, telling him she knows he lied to her and knows he’s been racing. Maria gives Luke an ultimatum, he has to choose between her and his racing. 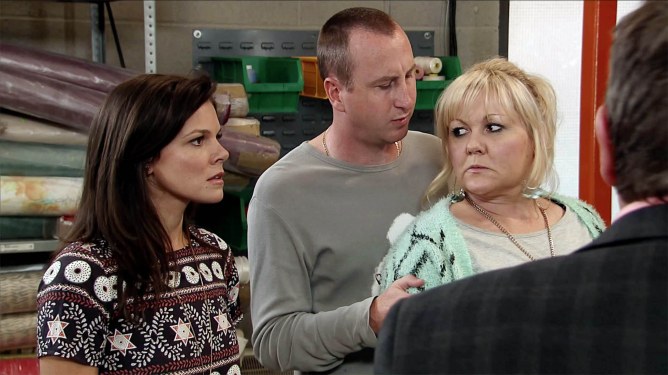