David and Kylie make an effort to feign normality, but Gail isn’t convinced and wonders how long they can keep up their charade. Bethany overhears this, and as they discuss how they’re going to convince the court they’re a happy family, she reports back to Sarah and Callum. How will Callum react to the couple’s apparent display of solidarity?

Carla tells Alya she doesn’t object to her selling her own ideas, as long as it doesn’t conflict with Underworld. But Alya’s left embarrassed when she has to inform Carla that the deal is off. When Sharif then suffers an asthma attack, Alya panics. Will Carla be able to offer Alya the support she needs?

Julie thinks it’s time for Talisa to get a job and suggests her teaching yoga at the community centre. Meanwhile when Brian approaches Julie in front of Dev, suggesting they go on their holiday together, Julie sends him packing. But how will Dev react to this?

Tim is worried about the state of Kevin and offers a helping hand. Talisa compliments Luke on his t-shirt resulting in Tyrone, Chesney, Kirk, Gary and Jason all asking him to order some from his mate. But when Steph studies the t-shirt she tells Luke it’s a fake. How will he break the news to the others now they have parted with their hard earned cash? 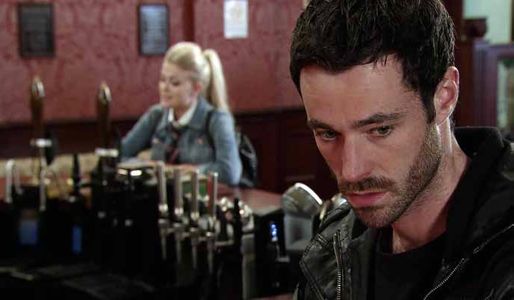 Coronation Street 17/09 - The truth is finally out about Callum