Michelle tells Carla that Roy’s worried about her and reckons she’s drinking too much and not been sleeping. Michelle suggests a shopping spree but emptying the petty cash tin, Carla cancels her shopping trip with Michelle and heads to the casino. On a winning streak, Carla gambles all her chips and loses the lot. Returning home from her disastrous gambling spree, Carla vents her anger on Roy and Cathy. How will Roy react as she calls Cathy a gold-digger and tells Roy that she’s no replacement for Hayley.

When Liz quizzes Dan about Leanne, having heard about their altercation, he lies making out he hasn’t seen her. Still suspicious Liz calls in the bistro where she asks Leanne how she and Dan know each other. Will Leanne come clean about her history with Dan?

Nick assures Leanne that Simon’s just lashing out because he’s upset about his Grandma and Peter’s departure. Leanne masks her concerns as Simon continues to verbally abuse her at home.

Roy demands an apology but Carla remains unrepentant and storms out of the café slamming the door. As Roy mulls over Carla’s accusations, Cathy assures him they’ve done nothing wrong but Roy’s less convinced and Cathy leaves hurt. Alone with Michelle, Carla admits how unhappy she is, how she blames herself for the fire and how she regrets her spiteful comments to Roy. Michelle advises her to get away for a few weeks but Carla first returns to the café and apologises to Roy for her harsh words. Will he accept her apology?

Leanne explains to Liz how Dan used to be a client of hers when she was on the game and he once beat her up. Horrified, Liz storms round to see Dan, who’s enjoying a celebratory drink after a meeting. In front of his boss and daughter, she accuses him of beating up prostitutes. Lucy looks at her Dad, appalled. Telling him she never wants to clap eyes on him again, Liz throws Dan out. As Liz thanks Leanne for telling her the truth, Leanne admits her biggest fear now is that Dan might carry out his threat to tell Simon about her sordid past. As Dan lurks in the shadows, staring up at Leanne’s flat, is that his plan?

At the Eid celebrations, Gary and Alya announce their engagement. How will their two families react to the news?

Tracy’s pleased to receive a text from Robert. Pointing out he’s had enough junk food, Leanne tries to take Simon’s chocolate bar from him but Simon lashes out. Can Leanne contain his anger or will he lash out once more? 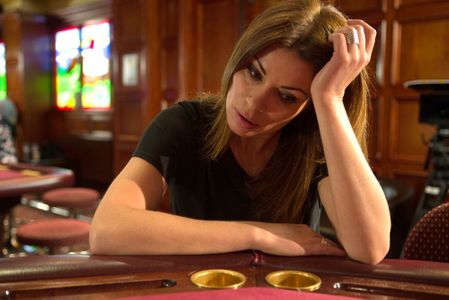