Coronation Street 17/11 - The Barlows Get To Know Each Other 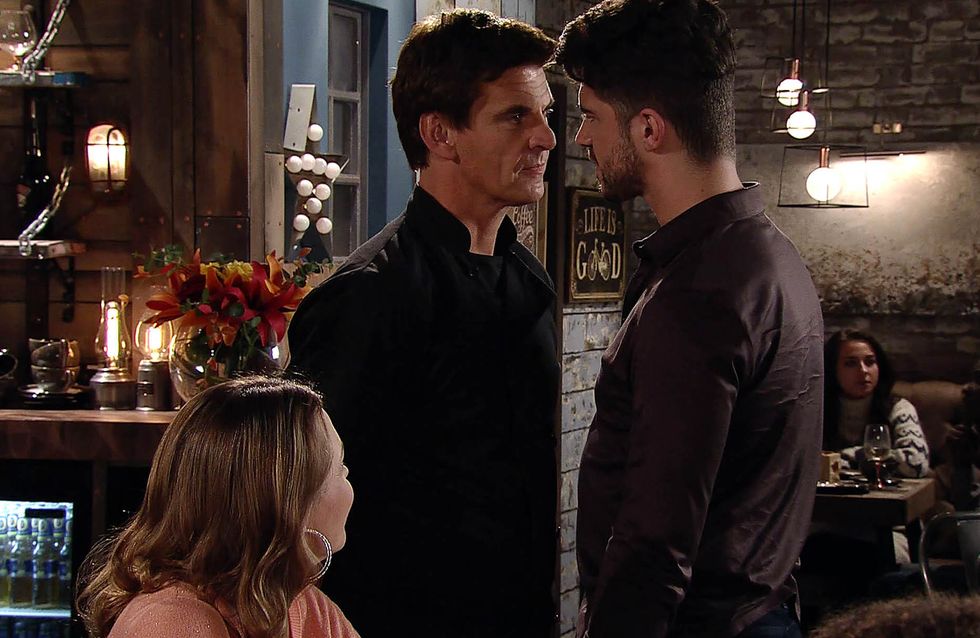 Michael’s furious at being outwitted by Phelan yet again and Vinny’s amazed. Quietly, Vinny explains he’s left messages but Phelan reveals he’s mislaid his mobile. Michael urges Sarah and Gary to visit the site and check on progress whilst Todd secretly panics. Todd warns Phelan and Vinny that the flat buyers want to visit the site so Phelan suggests they offer an open day to buy some time. As Michael watches on, suspecting Todd of being in league with Phelan, Eileen thanks Phelan for making her feel so happy. Phelan feels a pang of guilt, while Michael eyeballs him with contempt. Meanwhile Faye’s caught out when Phelan’s mobile rings in her bag. Anna’s angry to discover she’s been stealing and sends her to bed before listening to the phone’s voicemail...

Ken thanks Adam for making the journey while Daniel explains he got Peter’s messages so came to see Ken and started reading to him. At first, Tracy resents his presence but Ken makes it clear that Daniel’s family. Ken’s doctor reveals his condition has improved enough for him to recuperate at home and Daniel’s touched when Peter invites him to join the Barlows for dinner. Later, Adam and Daniel join Tracy, Amy, Peter and Simon for a meal in the Bistro. As they discuss sharing Ken’s care at home, Daniel and Adam agree to stick around as long as necessary. Adam’s underwhelmed by the Bistro and when Tracy points out Robert, her cheating ex, Adam’s hackles rise. As ravenous Daniel wolfs down every last scrap on his plate, Adam summons Robert and complains about his steak. Tracy’s delighted as the two men square up, but what other tricks does Adam have up his sleeve?

Guilty Aidan’s keen to fork out for a hotshot lawyer for Maria but when Johnny asks if there’s something between them, could the pair’s forbidden night about to be revealed?

Gemma’s overjoyed when Rita informs her she’s runner-up at the Good Samaritan Awards and is going to meet Peter Andre but when Chesney catches her with another bag of her clothes in the kebab shop, is it time for Gemma to come clean?​​​ 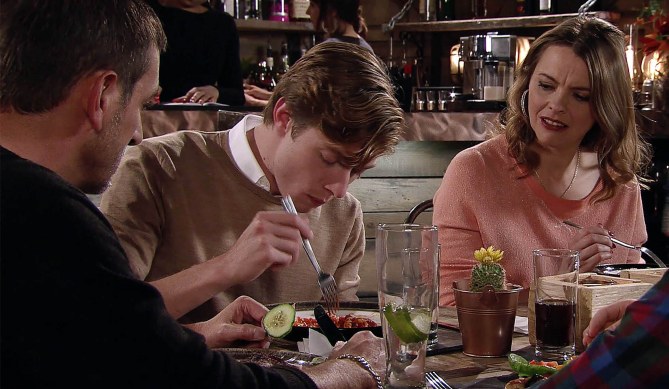