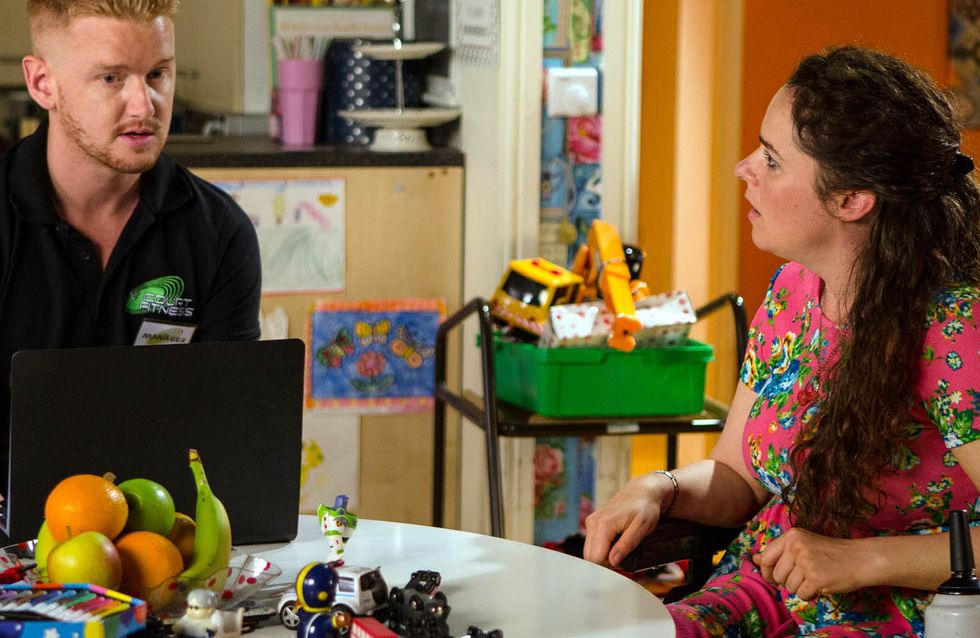 At the bistro a hungover Nick describes his night out with the hens while Leanne does her best to mask her jealousy, Nick and Leanne beg Zeedan to take his job back and Robert reveals he’s struck a deal with Steve for Street Cars to provide a delivery service for their takeaway food. Meanwhile when Leanne calls to see Amy, Liz refuses to let her in and glancing at Leanne’s stomach, explains Amy has chickenpox. Leanne realises with horror Liz knows she’s pregnant. Leanne pours her heart out to Liz and explains how she wishes she could be with Nick but it’s impossible as she’s carrying Steve’s baby. Reaching a decision, Leanne announces that from now on, the baby is her only priority.

In an attempt to put the spark back in their relationship, Izzy suggests a holiday. To her delight, Gary reckons it’s a great idea. When Gary shows Izzy his family holiday ideas, Izzy’s crushed and explains she meant a romantic break for the two of them. Gary finally admits to Izzy that he doesn’t want a physical relationship but is happy to stay for the sake of their family. Izzy’s deeply upset.

Maria calls at the garage and suggests to Luke he should collect his things. Luke wonders if she’s met someone else but Maria insists that’s not the case.Hoping Maria will change her mind, Caz apologises for overstepping the mark. But Maria sticks to her guns, adamant she wants her out.

Rita signs Gemma’s Good Samaritan application form. In the gym, Sharif flirts on the phone but when Gary arrives he quickly kills the call. At Rita’s insistence, Norris reluctantly buys Gemma lunch in the Rovers by way of thanks. Michelle arrives home from Ireland and Steve is delighted to have her back.​​​