Leanne is hopeful that things are returning to normal, which soon diminishes when Nick suffers a memory lapse and doesn’t go to a meeting with a wine supplier. Nick then snaps at Simon, leaving Leanne to wonder whether they will ever go back to normal.

Julie is nerve-wracked about her interview with the foster agent, but she's reassured by Eileen who says she’ll have nothing to worry about as Brian will be with her. However Brian’s interview for his new job is only an hour before the foster meeting. Will he make it in time or will he let Julie down?

Grace and Faye throw rocks at Mary’s motorhome, so she furiously goes to Anna’s to find Faye.

Elsewhere Beth sneaks a conspiring Sinead’s knickers into her own batch.

Leanne is edgy as she tells Nick off for losing his temper at Simon. When he snaps at Gloria, Nick becomes confused, unaware of his own mood swings. Tina tells Peter about Nick’s outburst, but how will he react?

Brian is offered the job in Wales, then shows up late for the foster meeting, finding a panicked Julie apologising to the agent. However the foster agent is positive about the process as Julie sings his praises. Brian feels the pressure and takes drastic action. Is he about to crush Julie’s dreams?

Anna asks Grace and Faye about the incident with Mary. Faye is nervous, but Grace casually lies, leaving Anna convinced they are telling the truth even though Izzy is less convinced.

​Elsewhere Beth is confident that she will beat Fiz with Sinead’s help. 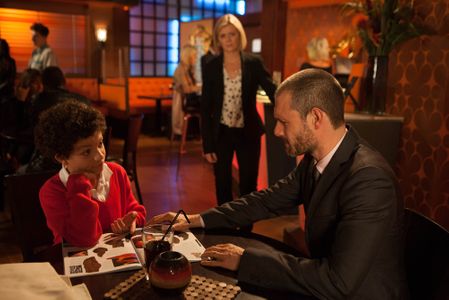